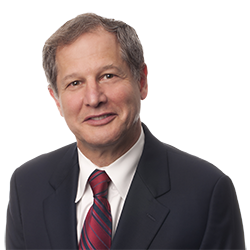 Bruce R. Millman has more than 40 years of experience counseling private and public sector employers on business and personnel strategies. He works with employers on:

Bruce has particular experience representing clients regarding matters falling under the following:

In addition to counseling, Bruce regularly represents clients at the collective bargaining table, in arbitration, and in administrative agency and court litigation.

Bruce is a frequent lecturer on public and private sector labor and employment law matters for a wide range of professional and legal organizations, which have included the American Bar Association, the New York State Bar Association, the Practising Law Institute and others.

Prior to joining Littler, he was the managing partner of a boutique management labor and employment firm and a partner at another firm.

International Who's Who of Management Labour and Employment Lawyers

Named, Who’s Who in American Law

Workforce Reductions and Statistics: A Primer and Recommendations

July Is the New January: Beware of Employment Regulations About to Take Effect

Why NY's New Pay Equity Law May Be a Game-Changer

What Should Employers Do To Prepare for Coming White Collar Pay Change?

Considerations for New York Employers in the Wake of Hurricane Sandy

NY Poised To Give Employers Leeway On Wage Deductions

ADA May Require Employers to Assist Employees in Commuting to Work

NLRA Issues for the Non-Union Workplace

The Labor Lawyer: A Journal of Ideas and Developments in Labor & Employment Law

Better Put That in Writing: New York Updates Its Law on Commission Agreements

Homecare Consolidation: Employment Law Considerations That Can Kill Deals When Buying or Selling a Homecare Business

Your Workforce: Staying Compliant and Productive

Content and Cocktails: Diversity, Inclusion and Elimination of Bias

Affiliated Company Liability: The Expanding Definition of “Employer” and the Increasing Disregard of Corporate Separateness

Ethical Issues for In-House Counsel: “What Do You Mean It’s Not Privileged?”

Compliance with Wage and Hour Regulations: What You Don't Know Can Hurt You

The Health Care Overhaul: What You Need to Know (For Now)

Hiring and Terminating Employees in the Current Economy

Ethics in Negotiations and Mediation