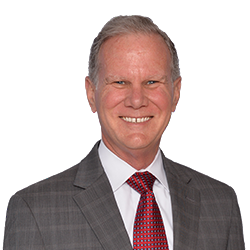 Board-certified in immigration and nationality law by the Florida Bar, Jorge has advised multinational companies on how to meet their global workforce needs and on the management of I-9 audits and federal investigations. He also has actively managed the worldwide transfer of staff for a number of multi-national companies.

Additionally, Jorge provides advice on immigration-related employment discrimination, as regulated by the Office of the Special Counsel for Immigration Related Employment Discrimination. He has developed training programs for in-house legal teams and managers at client sites related to immigration compliance modules involving I-9 and visa issues.

Jorge has published numerous articles on immigration law and frequently presents regionally, nationally and internationally at seminars and training programs addressing immigration issues. He works with a diverse selection of clients that span the following industries:

A shareholder of Littler Mendelson and a chair of the Global Mobility & Immigration Practice Group, Jorge previously worked in private practice.

Former Member, Board of Governors

US Office of Personnel Management

How To Avoid Immigration Pitfalls Of 'No-Match' Letters

Protecting Yourself From ICE

How to Protect Your Company From ICE's Increasing Target

E-Verify is Back in Operation, but Post-Shutdown Delays and Concerns Remain

Immigration Issues a Major Concern for Employers in the Upcoming Year

4 Tips for Employers About ICE Undocumented-Worker Raids Under Trump

Trump Forges Ahead with Immigration Agenda

As US Immigration Reform Stalls, Will Employers Be Pressed to Move to Canada?

Trump's H-1B Order May Not Boost Jobs For Americans

The Gig Is Up: Immigration Implications for the New Workforce

E-Verify Records Will Soon Be Purged

U.S. Announces Suspension of Premium Processing for all H-1B Petitions

Dear Littler: Does an Employer Have to Report Discrepancies Identified in Old I-9 Forms?

Possible Changes to U.S. Business Immigration Law and Policy Under the New Administration

What Does the President's Executive Order Blocking Foreign Nationals From Seven Countries Mean for Employment-Based Visas?

Form I-9 Changes May Usher in Era of Increased Enforcement

Fifth Circuit Overturns $226,000 Fine Imposed on a Staffing Company for Completing Section 2 of Form I-9 Remotely

Important Reminders for Employers Regarding this Year's H-1B Cap

Plenty of H-1Bs a Possibility

An H-1B jobs database the tech industry may hate

The Path to Filling Empty Jobs

The 'Path' to Filling Empty Jobs

Federal Contractors: Be Aware of New E-Verify Requirements in Contracts

Countdown to Effective Date of New I-9

Immigration Considerations for Returning to Work

Employment and Labor Law Update: A Look at Recent Florida and Miami/Dade Case Law and Immigration Updates Under the Current Administration

Travel Bans and Border Walls: An Update on Legal Immigration Under the Trump Administration

The Revised Form I-9: Understanding the Changes and Handling the Transition

The Affordable Care Act and Immigration: Imperatives for Employers in 2017

Preventing Discrimination Claims: Who is Protected and How to Maintain Compliance

Immigration Law and Employment Issues: The Basics and More

International Transfers: What Each Company Needs to Remember

Navigating the Waters of Immigration Compliance: What employers can do to avoid fines and stay compliant in a changing field

The Re-Emergence of the Social Security Mismatch Issue: Why this is happening and what steps employers can take to avoid future penalties and claims

The Time is Nigh! Restructure your Global Mobility Program

An Employer's Perspective: The Supreme Court Decision on Arizona's Statute and Illegal Immigration

The Bewildering Landscape of State and Federal Immigration Compliance: From E-Verify to Incentivized IMAGE Enrollment

When ICE Comes Calling: Will You Be Ready?

The Immigration Compliance Module and Its Relationship with Employment Law

Staying Compliant in a Time of Increased Enforcement

Failure to Comply: Immigration Compliance Issues including I-9, E-Verify, and Other Recession Implications