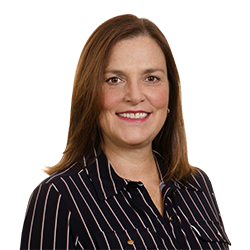 Renata Neeser provides comprehensive labor and employment solutions to multinational companies, with a depth of experience in both New York and Brazilian labor and employment law. She regularly advises foreign companies as they navigate U.S. employment laws, with a particular focus on executives. Renata also advises foreign and domestic companies on the employment aspects of M&A, as they relate to the hire, transfer and termination of executives and other business restructurings involving various sizes and structures of RIFs. Additionally, Renata is a go-to resource for clients across the U.S. and around the world on Brazil-specific labor and employment matters, and the newly effective Brazilian Data Privacy Law (LGPD). With years of practice in Brazil and New York, Renata is uniquely positioned to provide HQs with sensible advice on their Brazil operations.

Renata has been certified by the International Association of Privacy Professionals (IAPP) as Certified Information Privacy Professional for Europe (CIPP/E) and Certified Information Privacy Manager (CIPM), which shows her knowledge of the General Data Protection Regulation (GDPR) and global data privacy concepts concerning the management and protection of personal data and trans-border data flows.

Member and Board Member

Brazilian-American Chamber of Commerce of Florida

Knight, Order of the Rio Branco

Is the Brazilian Data Protection Law (LGPD) Really Taking Off?

Brazil: Starting July 16, All Companies Must Use The eSocial Reporting System

Release Agreements in Brazil: A New Way to Solve Conflicts Between Employers and Employees

Brazil eSocial: Is Your Company Ready? January 8 is Just Around the Corner

Brazil eSocial Launch Is Postponed Again, But Employers Should Not Ignore It

Brazil: Salaries Up Despite Crisis

Foreign Investors Eye Rousseff As Brazil Tries To Right Itself

Temp Workers in Brazil Can Now Be Retained Longer

Brazil: New Regulations for Work on Sundays and Public Holidays

COVID-19: What Lies Ahead

Legislating Diversity & Inclusion: Where Do We Stand

How the Brazilian Labor Reform has Affected D&O Compensation? Impacts on Release Agreements

Classifying Your Sales Staff Working in the Americas: Are They Exempt Employees?

Outsourcing: A Global Onslaught on the Use of Independent Contractors

Not Your Traditional Secondment: Trends and Pitfalls in the Transfer of Employees Across National Borders

Doom at the Loom? The Push for Labor Standards in the Garment Industry

Life Cycle of the Employment Relationship in Latin America

Employment Aspects To Consider Before Transferring Employees To Latin America And The U.S.

The Life Cycle of Employment Relationship in Latin America

Expats and Secondees into the Workplace: Clearing the Employment and Immigration Hurdles