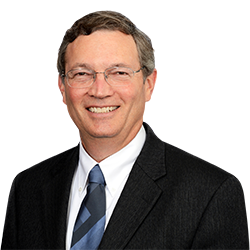 Maury has served as lead counsel at all levels of the federal and state courts and before the U.S. Supreme Court, and has recently led successful challenges against nationwide federal labor regulations on behalf of multi-industry coalitions, including the 2016 “white collar” overtime rule and the so-called “blacklisting” rule. He has also succeeded in the courts in numerous cases involving the National Labor Relations Board (NLRB) and the Department of Labor (DOL). Maury is the Chair of Littler's Construction Industry Group and has long represented the Associated Builders and Contractors (ABC) national trade association and many of its construction industry members. On their behalf, he has been one of the leading advocates against government-mandated project labor agreements, prevailing wage expansion, and union corporate campaigns.

Back to the Future: Biden Administration Seeks Return to Restrictive Standards for Businesses and Independent Contractors

USDOL’s Proposed Rewrite of Davis-Bacon Enforcement Rules: Back to the 1970s

What's Ahead in Workforce Regulations

What’s Next for the Federal Overtime Rule?

Was the Obama NLRB the Most Partisan Board in History?

Coalition for a Democratic Workplace

Policy Divides Over Union Elections on Display at NLRB

Navigating Through the Chaos of Independent Contracting Compliance

What to Expect in Year Two of the Biden Administration: WPI’s Labor and Employment Outlook

Will He Be the “Strongest Labor President”? The Expected Impact of a Biden Presidency on Labor Policy, the NLRB, and Employers

Workplace Policy Institute State of Play: An Inside Perspective on Labor and Employment Policy in Congress and the Federal Agencies

An Insider's View From the Capitol: A Workplace Policy Update

The DOL's Persuader Rule: What Impact Will It Have On Your Business?

The NLRB After Noel Canning: What's Ahead for the Ambush Election Rule, Employer Email Systems, the Joint Employer Relationship and Other Big Labor Issues?

Changing Of The Guard: The Impact of the NLRB's Reconsideration of the Register Guard Decision on Employers' Electronic Communications

A Special Labor Day 2013 Report: Is Labor Poised For Rebirth?