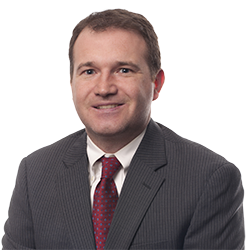 A significant portion of Jason's practice involves the representation of employers throughout the U.S. in all stages of pre- and post-petition organizing campaigns. In recent years, he has worked with several regional and national companies to develop union-free communication strategies and ensure legal compliance during condensed campaigns under the National Labor Relations Board's "quickie election" rules.

Jason has represented employers in the following industries:

Jason also routinely counsels human resource professionals on the administration of federal and state employment statutes such as:

He also advises clients in union and non-union settings regarding the drafting and implementation of employee handbooks and personnel policies.

Earlier in his career, Jason served as assistant general counsel to the Mayor's Office of Labor Relations for the City of New York. In that position, he represented the city and its police department in hundreds of labor arbitrations and unfair labor practice proceedings.

Named, Up and Coming

Can't it be about Cannabis? Connecticut Seeds the Path to Unionization

Connecticut Authorizes Use of Payroll Cards to Pay Employees

Appellate Court Finds Connecticut Fair Employment Practices Act Does Not Prohibit Employers from Discriminating Against Employees Perceived as Physically Disabled, if They Are Not Disabled

What Employers Can Do to Confront the Flu

Changing the Formal Definition of a Supervisor

Virtual Organizing, Mail-Ballot Elections, and Recent NLRB Decisions on Manual Elections: Trends and Best Practices Based on a (COVID) Year in Review

“Do I really have to let my employee say (or wear) that?”: Protected Speech in the Workplace and on Social Media in Connecticut

Labor Issues in the World of COVID-19

Are You Ready for Connecticut’s Paid Family and Medical Leave Act, Expanded Sexual Harassment Training Obligations, and Other Employment-Related Legislation?

Are You Ready for Connecticut’s Expected Paid Family and Medical Leave Act and Other Employment-Related Legislation?

Paid Sick Leave: What Employers Need to Know and Do by January 1, 2012

Paid Sick Leave Law: Like It or Not It's Here Greater

Employment Law Case Updates: Recent Decisions and What They Mean to Your Business

Role of Ethics in State and Municipal Government