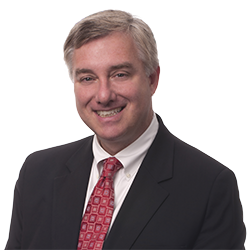 Steven J. Friedman advises employers on a variety of aspects of employee benefits law, including:

He also has extensive experience counseling employers on Employee Retirement Income Security Act and tax compliance issues related to employee benefits plans, dealing with the governmental agencies that regulate such plans and construing employee benefits laws, such as the Consolidated Omnibus Budget Reconciliation Act and the Family and Medical Leave Act.  Additionally, Steven advises clients on the manner in which employee benefits plans may be terminated, modified or restructured and has proficiency in plan conversion issues.

Steven has broad experience dealing with the legal, financial and administrative issues arising under executive compensation arrangements, including:

He also analyzes issues related to section 409A of the Internal Revenue Code. His expertise extends to employee benefits issues in connection with corporate transactions. A regular commentator to governmental agencies on pending legislation, Steven has also appeared on television and has been quoted in many national legal and business publications on employee benefits topics.

Prior to joining Littler Mendelson, Steven spent nearly 10 years as benefits counsel for a major multinational electronics and entertainment company. He also worked as an adjunct professor at Baruch College where he taught a tax course on employee benefits in 2008.

How Benefits Can Ease Workers' Return To The Office

Target to cover time off, transportation for hourly workers getting coronavirus vaccine

Justices' LGBT Bias Ruling May Have Big Impact On Benefits

Benefits Legislation & Regulation To Watch In 2019

Can Open MEPS Close the Access Gap with Small Employers?

Play or Pay: Rising Penalties' Role in Complying with the ACA

The Age of Ambiguity

The Burden of Health Care

White House May Have Advantage in Upcoming ACA Contraception Case

ACA Outlook: What Will 2016 Hold for the Affordable Care Act and Employers?

What a Supreme Court Ruling Against Obamacare Means for You

Changes to employee benefits have employers on alert

ACA Outlook: What Will 2015 Hold for Employers?

ACA Outlook: What Will 2015 Hold for the Affordable Care Act and Employers?

Money employers give for insurance can be taxed

Why This Latest Court Challenge Could Spell Doom for Obamacare

7 legal stories every inside counsel should know right now

Appeals Courts Set Up Next Health Reform Fight for Justices

Can Obamacare Withstand Another Showdown Before the Supreme Court?

What the Hobby Lobby Ruling Means for Small Business

How Hobby Lobby's Victory Will Alter Business as Usual

The Cost of Noncompliance

My Supply-Side Senses Are Starting to Tingle

Macro and Other Market Musings Blog

Should Employers Pay or Play?

The Institute for Healthcare Consumerism

What Do Employers Need to Know About the ACA Marketplace Notices?

ACA Employer Play or Pay Requirements: What Does it Mean for Employers?

The IRS's Retirement Plan Correction Program Has Been Updated and Expanded

A Guide to Employee Benefits Administration and Leaves of Absence

Time is Running Out! December 31 Deadline Nears for Documentary Correction of Payments Contingent on the Execution of a Release Under Section 409A

Get ahead of the curve on 401(k) disclosures

Agencies Issue Final Rule Regarding Summary of Benefits and Coverage

Another Unexpected Surprise for International Assignees: Section 457A (No, Not 409A!) of the U.S. Tax Code

New Instructions for the Small Employer Tax Credit Under PPACA

Health Care Reform: Are You Prepared? A Timeline for Employers to Follow

Health Care Reform – What are Key Considerations for Employers?

The Top 10 Questions Employers Should Ask About Health Care Legislation

Stimulus Package: An In-Depth Look at the New COBRA Subsidy in the ARRA

A Section 409A Year-End Reminder: Action May Be Required Now

2008 Compliance Strategies for Employers in Light of Final 409A Regulations

IRS Extends 409A Compliance Deadline and Provides Guidance on 409A Reporting

Labor and Employment Issues in Transactions, Business Restructuring and Workforce

Penalizing Applicants and Employees For Smoking: A Potential Smoking Gun?

Steps Every 401(k) Sponsor Should Take to Minimize Fiduciary Risks

SEC Turns Up the Heat on 401(k) Fiduciaries

Benefits Jeopardy: Incentives and Benefits for the Modern Workforce

Reopening and Rehiring – What Are the Most Critical Employee Benefits and Executive Compensation Issues?

You Thought the IRS Didn’t Care About ACA? ACA Shared Responsibility Penalty Taxes Are Alive and Well – and the IRS May Soon Be Coming After You!

How to Properly Conduct a Retirement Plan Committee Meeting

What’s in Your Fiduciary Toolkit? A Guide to Good Fiduciary Governance

The Top 10 Employee Benefits and Executive Compensation Issues in 2017

Dealing with Plans Under Attack

Employee Benefits and Executive Compensation Issues on Termination of Employment

The Affordable Care Act: Imperatives for Employers in 2016 and Beyond

An Analysis of the Final ACA Employer Reporting Forms for 2015

The Affordable Care Act: What You Need To Know in 2015

Preparing for 2015: What You Need to Do Now to Get Ready for Upcoming Affordable Care Act Changes

The Affordable Care Act: Preparation for 2015 & Beyond

Workplace Uncertainties Under the ACA: Preparing the Employer and Employee for the Road Ahead

The Impact of the 2012 Elections on Labor, Employment and Benefits Law

Health In a Hand Basket - What Employers Need to Know Now

The Bottom Line: Achieving Financial Excellence in the Apparel and Footwear Industry

Cross-Border Employment and Labor Law Topics: The Nuts and Bolts of a Global Mobility Program

Health Care Reform: What Does It Mean for Employers?

The New COBRA Subsidy: What Your Organization Needs to Do – And When

What You Don't Know About Deferred Compensation Can Hurt you - Do You Have a 2007 Action Plan?

What You Don't Know About Deferred Compensation Can Hurt You – Do You Have an Action Plan?

Executive Compensation: How to Comply with New IRS Rules on Section 409A

The New World of Deferred Compensation under Section 409A

Legal and Practical Considerations of Operating a Business

Benefits Considerations in Mergers and Acquisitions