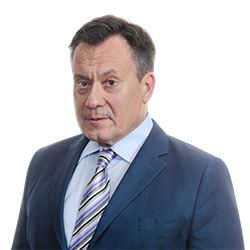 Cross-Border Internal Investigations: How Headquarters Can Investigate Allegations or Suspicions of Wrongdoing Around the World

How to Gather Documents Overseas in a Global Investigation

How to Conduct an International Internal Investigation

A Deeper Dive Into the GDPR – Part II

A Deeper Dive Into the GDPR – Part I

Is Your Global Code of Business Ethics Outdated?

Should Multinational Employers Have a Global Handbook

How to Create a Global Social Media Policy Part 4

A Deep Dive Into the General Data Protection Regulation

How a Multinational Employer Can Craft a Global Social Media Policy

How to Generate, File, Retain and Execute Electronic HR Documents While Complying with Employee Records Laws and Electronic Signature Protocols—Worldwide

How Well Do Your Anti-Harassment Tools Work Overseas?

How to Know Which Jurisdiction’s Employment Laws Reach Border-Crossing Staff: A Comprehensive Guide to International Choice-of-Employment-Law and -Forum

HR Policy Acknowledgements Overseas: A Whole Other World Out There

How to Launch an Employee Compensation, Bonus or Benefits Plan Internationally

How to Launch an Employment Discrimination, Harassment, Diversity or Affirmative Action Initiative on a Global Scale

The Legal, Business and Human Rights Landscapes of the Global Workplace

Is Your Company Prepared for GDPR? Advanced Session

Is Your Company Prepared for GDPR? Beginner Session

Data Privacy in the EU: Status of the EU/US Privacy Shield and Preparing for the Advent of the EU’s General Data Protection Regulation

Employment Issues in Mergers and Acquisitions: Planning for Integration and Mitigating Risk