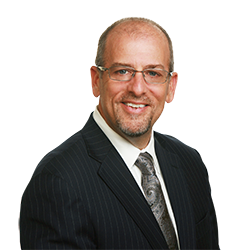 Russell J. McEwan combines real world business experience, legal acumen and pragmatism to effectively manage labor and employment law issues faced by clients in a wide variety of industries, including the construction, manufacturing, retail, service, and transportation industries. His practice entails representation of clients in federal and state court litigation, before labor arbitrators, at the bargaining table, and before regulatory agencies such as the National Labor Relations Board, the Equal Employment Opportunity Commission, the Occupational Safety and Health Administration, the U. S. Department of Labor, and numerous state departments of labor.

Russ has extensive experience helping clients during times of labor strife. He has advised clients on issues related to union organizing drives and representation petitions involving virtually all of the major U. S. labor unions. He has guided employers through:

During the course of his legal career, Russ has developed a depth of knowledge in representing construction industry employers in matters involving:

Before embarking on his legal career, Russ was a business banker for a leading New York City commercial bank and worked in the general counsel’s office of a major accounting firm.

COVID-19 and the Construction Industry: Tips for Employers

Immigration Enforcement and I-9 Audits Skyrocket, Affecting the Construction Industry

NJ Apprenticeship Rule May Be Heavy Lift For Contractors

No Dire Straits for Workers Involved in Labor Disputes in N.J. as Governor Expands Eligibility for Unemployment Benefits

Spotlight on Positive Employee Relations Training: How Employers Can Reap the Benefits of Employee Engagement

Contractors: An Ounce of Wage and Hour Prevention Is Worth a Pound of Cure

Managing Risk: Keep a Target Off Your Back While Constructing Your Business

A Banner Day for Union Boycotts

Decision 2020: What’s at Stake for Employers in the Upcoming General Election

Traditional Labor Law Symposium: What Union and Nonunion Employers Need to Know About Today’s Unions and Employer Obligations Under the NLRA

Can An Apprenticeship Program Help My Contracting Business? The Ins and Outs of Building and Operating a Program in New Jersey

Employer Election Alert! Trump Presidency and Its Impact on Employment Laws and Regulations

What’s in Store for Employers Now That the Election is Behind Us?

The 2016 Election: A Labor & Employment Update

Workforce 2016: How to Energize Your Employees, Reduce Your Legal Exposure and Boost Your Business

While You Were Busy Building: The Most Significant Labor Law Developments of 2015

Understanding and Responding to the U.S. DOL's Investigation Initiative Targeting the Construction Industry

Doublebreasting in the Construction Industry

Back to Work! Practical Tips for Managing Employee Leaves of Absence