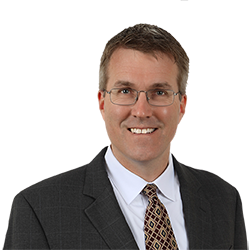 Robert W. Pritchard is co-chair of the firm’s Wage and Hour Practice Group. He represents employers in complex wage and hour litigation, with an emphasis on class, collective and hybrid actions, in state and federal courts throughout the United States. In addition, Rob counsels employers on wage and hour compliance, audits payroll practices and evaluates classification determinations. Rob has successfully defended employers in jury trials involving alleged misclassification of employees, as well as alleged nonexempt pay practice violations. Rob is a founding member of the firm’s Strategic Review Committee, which provides guidance to class and collective action case teams throughout the firm.

Early in his career, Rob served as a law clerk for the Hon. Carol Los Mansmann, Judge of the United States Court of Appeals for the Third Circuit. Rob’s appellate practice includes oral arguments in wage and hour cases at four U.S. Courts of Appeals and three state Supreme Courts. Rob’s appellate successes include:

Littler Lightbulb: Wage and Hour Developments During the First 100 Days of the Biden Administration

Littler Lightbulb: Wage and Hour Developments During the First Month of the Biden Administration

Fluctuating Workweek Under Attack in Pennsylvania

Ready or Not…Changes to the White Collar Regulations Expected in 2016: What Should Employers Do Now?

A More Aggressive DOL – Are you ready for the significant wage and hour regulatory changes and an increased enforcement presence?

Basics of Wage and Hour Law: Getting Paid in Pennsylvania

The Wage and Hour Update: Critical Developments in Federal and State Laws and Regulations

Pre-Work and Post-Work Time Issues Under the FLSA

Employment Class Actions: The Trends, The Law, and What You Can Do About It

Punching Employers' Clocks: Top Ten Ways Your Payroll and Timekeeping System Will Be Used Against You in Court