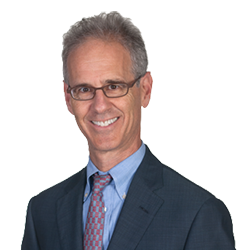 Philip M. Berkowitz is the U.S. practice co-chair of Littler's International Employment Law Practice Group and co-chair of the Financial Services Industry Group. He advises multinational and domestic companies in a wide range of industries on employment-related matters. He has significant experience advising multinational companies regarding U.S. and overseas employment and executive compensation practices. He represents employers in individual and class action lawsuits and arbitrations, and he appears in U.S. federal and state courts and before administrative agencies and international arbitration tribunals.

Philip handles all regulatory facets of employment law, including:

His diverse selection of clients includes companies in financial services, oil and gas, pharmaceuticals and chemicals, publishing, and fundraising.

Named, Who's Who of Management Labour and Employment Lawyers

May I Work From Home? Accommodating Those COVID-19 Requests

Internal Disclosures from Compliance Audits –What Could Go Wrong?

Reopening and COVID-19: Risks of Moving Too Fast

The Intersection of FCPA Enforcement and Whistleblower Claims

Non-Disparagement Agreements: Worth It?

Hiring Practices and the FCPA

Focusing on Labor and Employment Issues Will Always Be in Fashion

Ray Kelly, Other Experts Warn Companies to Be Prepared for Risks after Paris Attacks

European Court of Justice Expands the Definition of Working Time

Lawyers and PR Strategy: The Privilege, and the Limits

Top 10 Considerations when Outsourcing in Mexico

Chinese companies in US urged to learn the employment laws

Whistleblowers stand to reap the benefits with possibility of higher payouts

Chinese companies in US urged to know employment law

The eBay Settlement: A Look at No-Hire Agreements

Split Payroll And Alternatives For Expatriates And Cos.

The Attorney-Client Privilege and Advising Across Borders

Things to Think About When Sending Your U.S. Employee to China

The Final Breaths of the Alien Tort Statute

Looking Back at Obama's Term in Employment Law

10 Tips For An Effective Cross-Border Investigation

Whistleblower Investigations: Are They Privileged?

Employee health and wellness programmes and policies – are they essential or just nice to have?

What Every Multinational Should Know About Bounty Hunters and Whistleblowers

Cross-Border Investigations and Litigation: A Primer for the Multinational Employer

The Digital Workplace: Maximizing the Benefits - Minimizing the Risks

The UK Bribery Act in the U.S.

Japanese Companies & U.S. Employment Law Liability: How to Avoid Court and Stay Out of the Headlines

The Rising Tide of Retaliation and Whistleblower Claims: What It Means for Employers