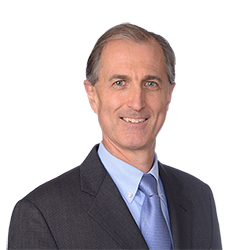 John T. Bauer has more than 30 years of experience representing and advising employers in all aspects of labor and employment law. His practice includes:

John also has an active litigation practice, representing clients before state and federal courts and administrative agencies, as well as in arbitration proceedings.

Additionally, he regularly speaks to business groups on labor and employment law topics.

In law school, John was articles editor of the Albany Law Review.

Member, Board of Directors and Executive Committee

Named, One of the Ten Leaders in Labor and Employment Law on Long Island

Around the world in 80 depositions

Preventing Workplace Harassment in the Age of #MeToo

Are You Ready for the New York Paid Family Leave Benefits Law?

Adapting to the New NLRB, Containing Costs, and Managing Workforces in Today’s Environment

Bullying & Violence in the Workplace: The Playground Syndrome

Unionized or Not, Changes at the National Labor Relations Board Affect ALL Employers

Arbitration of Employment Disputes as an Alternative to Litigation

What You Need to Know About Flex Work, Telecommuting and Other Alternative Work Arrangements

The Top Employment & Labor Trends to Watch in the Year Ahead

Employee Misclassification: The Risks and How You Can Avoid Them