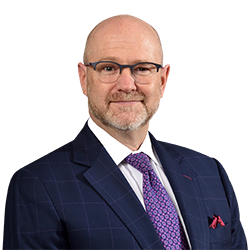 Peter J. Petesch handles a wide range of labor and employment matters, including litigation under:

He has successfully defended employers in individual and class-based cases before federal and state courts and agencies such as the Equal Employment Opportunity Commission, the National Mediation Board, the Department of Justice, and the Department of Labor's Office of Administrative Law Judges.

Peter has more than 20 years of experience in representing employers in disability-related matters under both Titles I and III of the ADA, and he has taught webinars in both areas.  He counsels, litigates and trains on leave issues and whistleblower matters under Sarbanes-Oxley.  Peter often works with airlines, offering strategic advice on:

He also works with healthcare facilities and trade associations, as well as the hospitality, retail and service industries. Additionally, he represented a large human resources association as an amicus participant in four employment law cases before the Supreme Court.

Co-chair of Littler Mendelson's Transportation Industry Practice Group and a core member of the EEO and Leaves of Absence and Disability Accommodation Practice Groups, Peter has published numerous books and articles on the ADA and other employment issues for a variety of trade journals and has been quoted on labor and employment issues in the national media.

Prior to working at Littler, Peter was the managing partner of the Washington, D.C. office of another nationwide labor and employment firm.

Business and Labor Partners Board, Business Responds to AIDS Program

National Business and Labor Award for Leadership on HIV/AIDS

4 Tips For Handling Requests For Animals In The Workplace

Work at Home Gets Skeptical Eye from Courts as Disability Issue

What a Fool Believes? These Non-Fake Employment News Stories

Helping Workers Who Rely on Animals Without Making a Mess

Quiet, Dogs at Work: Why You May Soon Be Clocking In With Fido

Dear Littler: How Do You Address Employee Service Animal Accommodation Requests Under the ADA?

Set Ground Rules for the Different Types of Service Animals

These Foolish Things – The Oddest Employment Issues of the Past Year

Not Phoning It In: Telecommuting Accommodations and the ADA

Early-Onset Alzheimer's: Too Soon to Forget

Emerging Accessibility Issues under Title III of the ADA

When Is Enough ADA Leave Enough?

No Coverage for the Cantankerous? The Ninth Circuit Goes "Retro" In Finding "No Disability"

Sixth Circuit Opens Floodgates on Telecommuting as a Reasonable Accommodation

ADA: Keep the Plates Spinning on the Poles

Society for Human Resource Management (SHRM), We Know Next

Seventh Circuit Reverses Itself on Reassignments as a Reasonable Accommodation Under the ADA (or "Humiston-Keeling: An Appreciation")

People with HIV and AIDS: Living and Working Longer

Dog Gone It - Hogwash About Emotional Support Animals in the Workplace

Who Let the Dogs In?

Don’t Be Left Behind: Accommodations and the Interactive Process in the Wake of the ADAAA and the EEOC’s Scrutiny of Maximum Leave Policies

You Did WHAT? Things Your HR and Legal Experts Wish You Knew

Update on the ADAAA