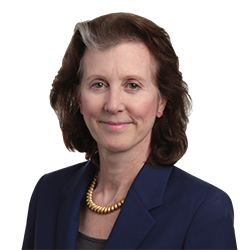 Tahl Tyson is an experienced international employment lawyer, admitted to practice as a solicitor in England and Wales and in the United States.

Tahl provides pragmatic advice to multinational clients based on her practical experience with a wide variety of international and cross-border matters. Examples include:

In addition to private practice, Tahl has in-house experience as head of global employment law and a member of the HR leadership team for a global publicly traded company, where she advised on workplace issues for all Group companies spanning 40 countries. While resident in the company’s Paris office, she provided site leadership for the French company and had responsibility for all aspects of human resources and employment issues, including works council consultation and negotiations.

Tahl majored in Chinese studies at Yale and was among the earliest Westerners to study in post-Mao China. She worked on China energy research as the recipient of a Congressionally-funded 3-year graduate degree fellowship at the East-West Center in Hawaii. In addition to the UK and China, Tahl has also lived and worked in Hong Kong, Japan, and France.

Tahl’s past litigation practice which informs her practical advice to clients, has included noncompetition and trade secrets disputes, high-stakes individual and large class action employment lawsuits, jury and bench trials, as well as, appellate argument to higher courts. She has been an arbitrator for the National Association of Securities Dealers (NASD), represented unionized employers in grievance arbitration, and represented parties in mediation.

Tahl is a frequent speaker on global workplace topics.

Women in the Law, Washington Labor and Employment

The Other Ugly Virus of 2020: Anti-Asian Bias

What Are Companies’ Legal Obligations Around Coronavirus?

What UK Employers Should Know About the Wuhan Novel Coronavirus Outbreak

Technology and the Workplace: Artificial Intelligence and Robots in the 21st Century Workplace

What Does the European Court of Justice's Invalidation of the U.S.-EU Safe Harbor Framework Mean For U.S.-Based Multinational Employers?

The United Kingdom's Agency Worker Regulations 2010: How Do They Affect You?

The Refugee Act of 1980: Suggested Reforms In the Overseas Refugee Program to Safeguard Humanitarian Concerns from Competing Interests

Modern Workplaces and Employee Benefits: A Discussion of Fertility and Family-Planning Issues in the Workplace

COVID-19 – For Companies with Employees in China, Japan and South Korea

Here, There and Everywhere: International Sexual Harassment Laws and the Evolving Impacts of #MeToo, #StandUp and Beyond

International #MeToo, #StandUp and Transformative Technologies in the Workplace

The Art of Global Restructuring and Global Workforce Integration

Make, Break, or Fake it: Legalities of Conducting Business in India

How Technology is Affecting Employment Practices

Diversity in the Workplaces

How Technology is Changing the Law of the Workplace: New Platforms, New Applications, New Problems

Investigating Employee Misconduct Across Borders, Issues and Practical Steps for the Multinational Lawyer

New Tools for Behaving Badly: How Social Media are Abused and How Cross-Border Employers can Respond, an Employment and High-Tech View

Equal Treatment for Men and Women, The Changing World of Work: Responding to the Challenge of the 21st Century from a Global and EU Perspective

Social Media in the Workplace

Labor and Employment Law Issues in International Transactions and Thereafter: A Guide for U.S. Lawyers