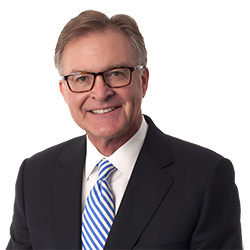 He has more than 35 years of experience representing employers in Occupational Safety and Health Administration (OSHA), and Mine Safety and Health Administration (MSHA) matters and is nationally recognized for his expertise. He has successfully litigated more than 200 OSHA and MSHA citation contests for employers. He also has handled numerous investigations and administrative proceedings. Among his notable accomplishments, Steve successfully defended an OSHA fatality inspection of a refinery explosion involving 17 fatalities, resulting in no OSHA citations issued to the employer. Additionally, he counsels and advises employers on safety compliance and the preparation of safety policies and procedures. He has on-the-ground experience dealing with catastrophic and accident/fatality investigations.

A frequent speaker before business and professional associations throughout the country, Steve has made numerous speeches and presentations on labor and employment law, litigation strategies and Occupational Safety and Health Law. He also is a contributing author to several treatises and publications on occupational safety and health law. He is Board Certified in Labor and Employment Law by the Texas Board of Legal Specialization.

Steve's clients include companies in the following industries:

Co-founder and former office managing shareholder of Littler's Dallas office, Steve previously served as a member of the firm's Management and Executive committees and Board of Directors. He is also co-chair of the Workplace Safety and Health Practice Group and is actively involved with many other committees. Recently, Steve opened Littler's newest office in Austin, Texas. He now practices out of the Dallas and Austin offices.

The College of Labor and Employment Lawyers

Fire Retardant Clothing Is Not, Per Se, Required to Be Worn by Employees in the Oil and Gas Industry

Who’s There? What to Do When the Government Is Knocking on Your Door - An Employer’s Guide to Handling Government Visits and Information Requests

From Harvey Weinstein to... Who's Next? Preventing Harassment in the Workplace and What to Do When Claims are Made

Workplace Safety: What is the Trump Card?