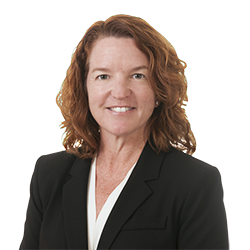 Stacey E. James has practiced exclusively in the field of labor and employment law, with an emphasis on advising management on:

Stacey has extensive experience defending employers in class actions and related matters in state and federal court and before numerous state and federal administrative agencies. Specifically, she handles claims of:

Additionally, Stacey has served on Littler’s Board of Directors and she is a published author and frequent lecturer for universities and employer organizations. Prior to attending law school, she worked in human resources and payroll. She is certified as a Senior Professional in Human Resources.

Recall Rights and Retention Obligations: How Local Ordinances are Changing Workplace Regulation in the COVID-19 Era

Littler Elects Five New Members to its Board of Directors

Can Corporate Officers and Directors Be Sued Personally By Individuals For Wage Claims?

Do Employers Have To Tell Employees About Their Right to Military Leave?

Losing Employees To The Military

Losing Employees To The Military

The Impacts of Ferra v. Loews Hollywood Hotel (CA Supreme Court): Meal and Other Premiums Must Be Paid at the Regular Rate

Paying Bonuses to Employees in the Golden State? Then You Need to Know California’s Flat Sum Bonus Overtime Rules

Practical Considerations for Getting Your Employees Back to Work

The Truth About the Workplace of the Future: Debunking the Myths Surrounding Flexible Work

Compliance Solutions from the Boardroom to the Courtroom