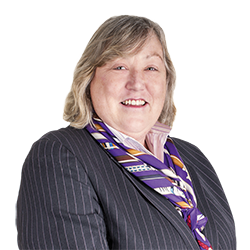 Lisa "Lee" A. Schreter is co-chair of the Wage and Hour Practice Group and former chairperson of Littler's Board of Directors. She focuses on representing employers in complex employment litigation and arbitration, including multiplaintiff, class, and collective actions, as well as helping employers to develop forward-thinking compliance measures that reduce wage and hour disputes and other employment-related issues. She also represents and counsels management clients in connection with all other types of labor and employment matters arising under federal and state laws such as:

She regularly appears before federal and state courts, the Department of Labor Wage and Hour Division, and agencies charged with enforcing state law wage and hour requirements in various wage-related and equal employment disputes and appeals.  Additionally, Lee is a frequent speaker before industry and trade associations, business organizations and human resource groups concerning employment-related disputes and wage and hour issues.

Lee's clients include those in the following industries:

Lee is a member of Littler's Diversity Council. She previously served as chair of the firm's Nominating Committee and co-chair of the LGBT Affinity Group.

Prior to becoming an attorney, Lee worked in human resources, where she gained extensive experience in wage and hour issues, employee relations, salary and benefit administration and general employment matters.

Ranked, “Commended” in the Litigation Category

Do Truck Drivers Need to Be Paid While Sleeping?

5 Things To Know About The DOL's New Overtime Rule

Are Supervisors Who Earn Less than Subordinates Eligible for Overtime Pay?

In Their Words | Using Analytics and AI in Legal Practice

Watch Out for Wage and Hour Requirements During Holidays

The Minimum Wage in 2018: A Rates-Only Update

DOL Wage and Hour Division Getting In Gear After Slow Start

DOL: Opinion Letters Are Back!

Is Your Dental Office at Risk for an FLSA Lawsuit?

What You Need to Know About FLSA Wage and Hour Lawsuits

These Two Things Scare Benefits Managers the Most

You’re About To Be Hit With An FLSA Overtime Lawsuit

What Georgia Employers Should Know About New Overtime Rule

New OT Rule Not a Hit with Ga. Employers

Prominent Women Lawyers Call Out Their Mentors - Who's Yours?

Only 12 BigLaw Firms Have Women Running The Show

Female Attys Give Employment Boutiques A Boost In Biz

5 wage and hour warnings for employers this holiday season

Is wage theft by employers increasing?

Schreter: Career a product of learning from others

Only 7 BigLaw Firms Have Women Running The Show

Safeguards Can Protect Against Misclassification Lawsuits

Are you ready for a wage-and-hour audit? One may be on the horizon

Worker Misclassification Suits, DOL Audits A Worry For Cos.

Overtime Pay: Exempt or Not?

SCOTUS: No overtime pay for sales reps; no deference for Labor

Off the clock: Employees fighting for overtime pay

You Can't Opt-Out of the Federal Rules: Why Rule 23 Certification Standards Should Apply to Opt-In Collective Actions under the FLSA

Not all commute time compensable under “continuous workday” rule

Wage and Hour Class Actions in the Healthcare Industry: Diagnosis and Prevention

New Friends in the Lion's Den: Call the U.S. Labor Department Before it Calls You

Out in the Office

Lee Schreter Suggests a Talk with the DOL

The Use of Forensic Experts in Sexual Harassment Related Litigation

Workplace Harassment Litigation: The Use of Forensic Experts and Discovery of Prior Sexual History under Federal Rule of Evidence 412

Work Place Privacy Issues in the Era of Electronic Communications

New Friends in the Lion's Den: Call the U.S. Labor Department Before it Calls You

Communicating With and Obtaining Declarations From Putative Class Members

Gender Identity and Expression: The New Frontier for Workplace Protection Against Discrimination

Dodge the Double Whammy: Build Your Good-Faith Defense to Wage and Hour Claims to Reduce Liability in Two Ways

Off the Clock: FLSA Compliance the Internal Audit and the Department of Labor

A Minute A Day Equals Millions in Back Pay; The Fair Labor Standards Act: An Outdated Statute Comes of Age

Finally, the Final Rule on Overtime

Countdown to the New DOL Regulations

Interns: The Next Wave of Class Action Lawsuits

Out & About: LGBT Issues and the Globally Mobile Workforce

Top 10 Challenges Employers will Face in 2013

Are You Complying with the Recent FLSA Tip Credit Regulation Changes?

The MA Wage & Hour War: Dealing with Skyrocketing Liability in a Down Economy

Midwest Employers Confront the Wage & Hour War: Dealing with Skyrocketing Liability in a Down Economy

The WA Wage & Hour War: Dealing with Skyrocketing Liability in a Down Economy