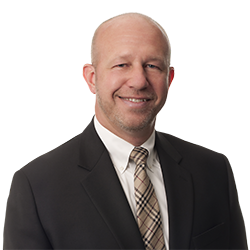 Eric Stevens provides his clients a common-sense approach to employment, representing employers in administrative investigations, employment litigation, and labor relations matters with a focus in the healthcare and financial institution industries. He represents both union and non-union employers in:

Eric also assists clients with compliance and litigation avoidance by:

Eric is a Tennessee Supreme Court Rule 31 listed civil mediator with nearly 40 years of employment and general civil litigation experience. Eric regularly speaks to industry groups and business roundtables on new developments in the law and issues that can directly affect their operations. He also provides discrimination and harassment training for various governmental agencies.

Tips for Finding Former Employees Who Are Key Witnesses

'Ghosted' by a Former Employee? Here's What to Do with a Returned Check or W-2

Managing Employees in the Era of Transparency

A Risky Reduction in Force

Employees Must Be Given Clear, Actual Notice of FMLA Policies

Responding to Workplace Violence: What Would You Do?

Bullying and Harassment in the Modern Workplace: The Developing Intersection Between Employment Law and Employee Behavior

Working from Home in All Its Dimensions

Progressive Leadership: Management Styles that empower employees instead of deflating them