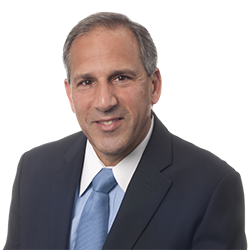 Barry A. Hartstein has earned a national reputation for a career that includes more than 30 years of counseling and representing employers in a broad range of labor and employment matters. He is a frequent writer, commentator and lecturer on workplace issues. He also has extensive experience as a litigator and has defended employers nationwide in individual and class action claims and wage and hour collective actions. He has particular expertise dealing with the Equal Employment Opportunity Commission (EEOC) on both a local and national level, which included an invitation by the EEOC chair to address the Commission at a recent meeting in Washington D.C. on the legal standards governing employers’ consideration of criminal arrest and conviction records.

His clients include employers in:

Barry serves in numerous leadership roles for Cornell University's ILR School. Founded as the School of Industrial and Labor Relations, the ILR School today is the world's leading college focused on work, employment and labor issues. In addition to his position on the Dean's Advisory Council and as a board member of the Scheinman Institute, which is the first institute exclusively focused on the study and practice of workplace dispute resolution, he recently completed his term as president of ILR's Alumni Association.

Barry has served for many years in a national leadership role for the American Bar Association in its section devoted to labor and employment law focusing on EEO issues, including serving as a management co-chair of the Equal Employment Opportunity Committee. In this role, he has worked closely with various chairs and other members of the EEOC, in addition to serving as a liaison between the Chicago Bar and the EEOC’s Chicago District Office to facilitate communication between the Bar and the EEOC on both a local and national level.

Prior to joining Littler, Barry was the managing partner of the Chicago office of a major AM Law 100 Firm, where he also served as the Chicago practice leader for the firm's labor and employment practice.

Employment Group Of The Year: Littler

How the talent squeeze is driving flexible work options

What Role Do Culture and Morale Play in Vaccine Mandates?

Only 8% of US Manufacturers are Requiring COVID Vaccines

Most employers will continue remote work despite COVID vaccine: Littler

What school districts need to know about COVID-19 vaccine mandates

Employers can require COVID-19 vaccination, but there are exceptions. Here’s what you and your boss need to know.

To mandate or not to mandate: Employers preparing for COVID-19 vaccine

UPDATE: Can your employer require you to take a COVID-19 vaccine?

Mailbag: Can we require that employees receive a COVID-19 vaccine?

Can your employer require you to take a COVID-19 vaccine?

Mandate COVID-19 vaccines for all employees? Like everything, it’s complicated

EEOC Compliance and the Covid-19 Pandemic

How to Accommodate At-Risk Workers

The Next Normal: A Littler Insight on Returning to Work – EEO Compliance

Insights into the Latest EEOC Developments

The #MeToo Effect: Sex Harassment Charges with the EEOC Rose for the First Time in Years

The end of the resume? Hiring is the midst of a technological revolution with algorithms, chatbots

Challenging Harassment in the Workplace: A Key Priority at the EEOC

Changes Ahead for EEOC?

The EEOC Under Trump

Can or Should Employers Fire Employees Who Participate in Hate Groups?

SCOTUS May Decide Whether Sexual Orientation is a Protected Class

What Positions to Expect out of the EEOC in 2017

EEOC Will Keep Big-Case Focus but May Trim Sails

4 Changes EEOC May Face Under Trump

What We Can Expect From The EEOC In 2017

A Review of the EEOC's Systemic Initiative: Tracking its Progress, Current Priorities, and Key Developments in FY 2016

Legal, Yes. But a Best Practice?

A White Actor is Cast in 'In the Heights,' Setting Off a Complicated Debate

Does Wearing a Gadsden Flag Insignia Make for a Hostile Workplace?

Can Older ‘Subclasses' Sue Under ADEA?

Survey of Women Finds Rampant Sexism in Tech. Can It Be Fixed?

5 EEOC Enforcement Trends To Watch In 2016

EEOC Systematic Recoveries Increase in 2015; Trend Expected to Continue in 2016

Littler Report Analyzes EEOC Developments and Trends to Watch in 2016

Looking Backward and Forward: A Review of Key EEOC Developments, Successes and Failures in FY 2015 and What to Watch For in FY 2016

The EEOC Issues Proposed Rule on GINA and Wellness Programs

EEOC given latitude when dealing with employers on conciliation efforts

EEOC conciliation efforts ruling is only a partial victory for employers

What The EEOC’s Charge Stats Really Mean to GCs

Littler’s Barry Hartstein breaks down the EEOC’s 2014, discusses the year to come

EEOC to focus on hiring barriers, pregnancy bias, ADA and wellness in 2015: Report

Caregiver Discrimination: It's Not Just About Women and Children Anymore

Employers Had Significant Wins Against EEOC in 2013

EEOC Recoveries on the Rise

EEOC to keep pressure on systemic discrimination in 2013 – report

EEOC Will Focus in 2013 on Hiring, Pay, Harassment

Criminal Background Checks: Evolution of the EEOC's Updated Guidance and Implications for the Employer Community

Guarding Against Abuse Of Criminal Records By Employers

Telecommuting: The New Workplace of the ‘90’s

The Broadening Scope of Harassment in the Workplace

An Employer’s Guide to the Civil Rights Act of 1991

Rules of the Road in Dealing with Personnel Records

Bargaining During a Recession – Employers Beware

Drug Testing in the Workplace: A Primer for Employers

The State of Vaccinations and Testing – A Continued Conundrum

Littler’s Annual Report on the EEOC: Looking Back at FY 2021 Developments and Looking Forward at the Commission’s Plans for FY 2022

Littler’s Annual Report on the EEOC: A Practical Primer on Organizational, Procedural and Case Developments

Looking Back and Forward – Reflections on the EEOC: A Conversation with EEOC Acting Chair Victoria A. Lipnic

Harassment Prevention: The “Legal Rules of the Road” Involving Harassment and Related Litigation by the EEOC

EEOC Priorities and What They Mean for Employers

Recent EEOC Developments and What to Watch for in 2016

Criminal Records and Employment: Legal Update and Guidance on Compliance in a Continuously Changing Legal Environment

The Changing Rules of the Road Dealing with Pregnancy Discrimination

Littler’s Annual Report on the EEOC: Looking Back and Forward – Successes, Failures and Anticipated Trends

Background Checks for the 21st Century: How to Protect Your Organization Without Sinking in the Quagmire of New Laws

The EEOC’s Updated Criminal History Guidance, Strategic Plan and More — What Does This Mean for Your Company?

The EEOC's Expanded Agenda and Systemic Initiative: What Employers Can Expect During the Coming Year

Dealing with an Emboldened EEOC: An Employer Roadmap to Investigations, Enforcement and Compliance in Today's Environment

Preventing, Preparing For, and Responding to Threats and Acts of Violence in the Workplace

What Every Employer Needs to Know About EEO Law-2010 Update

The Lilly Ledbetter Fair Pay Act: Its Background and Future. Evolution or Revolution

A View from the Bench: Judicial Perspective on Effective Trial Techniques

From the Judge's Perspective: A Discussion of EEO Claims and Litigation

The Enforcers: The View from Washington

Preparing for the Workforce of the Future

Trial of an ADEA Case: Joe Moore v. The University of Notre Dame

An Employer's Guide to Reductions-In-Force and Corporate Reorganizing

National Conference on Evaluating Harassment Cases in the 21st Century