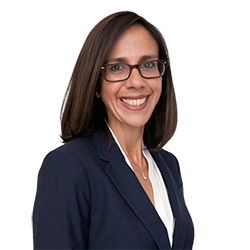 Anabel Rodríguez-Alonso actively litigates before Puerto Rico and federal courts and quasi-judicial administrative forums, such as the Anti-discrimination Unit and Negotiation and Conciliation Bureau of the Department of Labor. She has extensive experience in labor-management relations and in claims involving:

Anabel is a frequent speaker at seminars to professional groups and clients, especially in the interplay between the Americans with Disabilities Act, the Family and Medical Leave Act, Puerto Rico’s Working Mother’s Act and worker’s compensation.

During law school, Anabel was editor of the University of Puerto Rico Law Review.