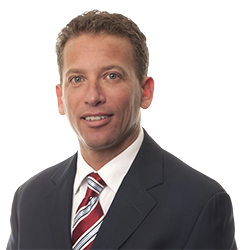 Steven A. Groode represents and counsels management clients in connection with all types of labor and employment matters arising under state and federal law. He has obtained favorable results in courts and administrative proceedings throughout California, including the following:

Steven also holds a Masters of Dispute Resolution, was selected as a dispute resolution fellow and served as an extern for the Federal Mediation and Conciliation Service. In law school, he worked as an extern for the Honorable Lourdes G. Baird in the United States District Court, Central District, was a member of the Pepperdine Law Review, and was an interschool advocate in Pepperdine's Honors Appellate Advocacy Program, through which he finished as a semi-finalist or higher in several competitions.

Prior to becoming an attorney, Steven enjoyed a career in sales and sales management.

COVID-19 in the Workplace: What Small Business Owners Need to Know