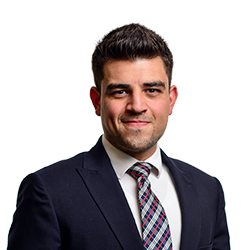 Rogelio Alanis Robles' experience in labor matters spans over ten years, in which he has advised domestic and international companies doing business in Mexico. He has participated as a speaker in several seminars and lectures regarding Mexican labor and employment matters in Mexico and the United States.

Rogelio focuses on employment advice and strategic consulting, immigration, personal data privacy and harassment claims in the workplace. He is fluent in Spanish and English.

Mexico: Ministries of Health and Labor Issue Action Guide for Workplaces against COVID-19

Mexico: Residents of Colombia, Chile and Peru Are No Longer Required to Hold a Visa to Travel to Mexico, Effective July 1, 2016

Mexico: Supreme Court Upholds Constitutionality of Cap on Back Wages for Employment Disputes

The New Federal Labor Law Reform in Mexico: How Will it Affect Your Company?