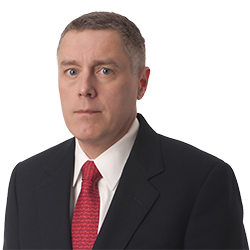 Robert J. Wilger represents clients in all aspects of employment law, including civil lawsuits and administrative proceedings involving allegations of wrongful termination, discrimination and other claims arising out of employment disputes. In addition to practicing before the United States Supreme Court and other state and federal courts, Robert also has experience in federal and state administrative actions before:

Working with clients in a wide variety of industries, including many high-tech companies and housing authorities, as well as with various pro bono clients, Robert offers advice on an extensive range of federal laws and their state counterparts, including:

Among his prominent litigation successes, Robert served as counsel in two precedent-setting cases, one which held that temporary impairments are not disabilities under the ADA and the other which limited the scope of actionable retaliation against union employees.

He also offers general employment law counseling and assists employers with the implementation of effective personnel policies and procedures. Additionally, Robert has taught courses on unfair competition, trade secrets, covenants not to compete and other employment law issues for the Law and Human Resources Management extension program at the University of California, Santa Cruz.

Prior to working at Littler Mendelson, Robert worked for a university advising county extension agents and with a state department of administration on redistricting. In law school, he was a member of the Law Review.

The Right to Recall: New Obligations for Employers in California and Beyond