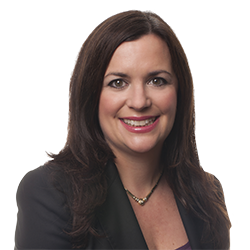 Her practice focuses mainly on employment litigation in federal and state courts and administrative proceedings before the Equal Employment Opportunity Commission, the New York State Division of Human Rights, and other state and local human rights agencies. She works with both large and small companies, including those in the retail, homecare, robotics, and restaurant industries. Lisa handles collective and class actions including those brought under the federal and state wage and hour laws. Lisa represents companies in arbitrations and mediations as well.

Prior to joining Littler Mendelson, Lisa was an assistant corporation counsel in the Labor and Employment Law Division of the New York City Law Department, Office of the Corporation Counsel. While there, she managed a large caseload of employment discrimination, harassment and retaliation claims, as well as an FMLA class action and an FLSA collective action. Her successes included complete defense verdicts in two employment discrimination trials in federal court and she won a bench trial in New York State Supreme Court in a statutory rights proceeding brought by five public sector employees.

Additionally, Lisa served as an intern to Magistrate Judge E. Thomas Boyle, Eastern District of New York.  In law school, she was the managing editor of articles for the Hofstra Labor and Employment Law Journal.

Named, Rookie of the Year

Office of the Corporation Counsel

Drop the Mask: NY No Longer Requires Proof of Vaccination or Masks for Most Businesses, but Employers’ Obligations May Not End There

The Key to NYC Pass: Vax Up or Miss Out

The Key to NYC: Only Vaccinated Employees and Patrons Are Given a Free Pass

Can employees be required to get vaccinated? Panelists weigh in

Fess Up or Pay Up: Travelers to New York From Restricted States Must Submit Report or Face Fines

Who's Got Your Number? N.Y. Employers Must Now Secure SSNs and Take Steps to Prevent Identity Theft

The NY HERO Act: What Employers Need to Know to Be Compliant

Back to Work in New York? Littler Discusses Whether and How to Reopen

Is Your Company Prepared? How to Comply with the New York State Sexual Harassment Prevention Requirements Which Take Effect October 9th