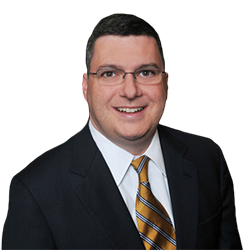 Josh Waxman is the office managing shareholder of Littler’s Washington, D.C. office, and is a member of the firm’s Board of Directors. Josh has a wide-ranging labor and employment law practice with a primary focus on complex labor and employment litigation and strategic labor advice. He represents clients across the country in connection with state and federal class and collective action, single-plaintiff and multi-plaintiff litigation and traditional labor matters, as well as matters before government agencies, including the Department of Labor, National Labor Relations Board and Equal Employment Opportunity Commission. Josh also serves on the firm’s Class Action Strategic Review Committee, providing class action guidance and resources to Littler lawyers across the country.

Josh has substantial experience advising, managing and litigating wage and hour class and collective actions for clients in a variety of industries, including retail, hospitality, financial services, technology, computer services, manufacturing, restaurant and travel.  He also advises employers with respect to compliance measures that reduce wage and hour disputes and other employment-related issues.  He has handled a wide range of wage and hour matters, including claims alleging:

Josh was one of four Littler attorneys responsible for the creation and development of the Littler Xmpt Toolkit, which was recognized in December 2016 by the Financial Times with a commendation in its North America Innovative Lawyers awards.

In 2010, Josh was invited to participate in a meeting of the Investment Subcommittee of the State Department’s Federal Advisory Committee on International Economic Policy where he provided input concerning their examination of the United States National Contact Point’s role in resolving alleged violations of the OECD Guidelines for Multinational Enterprises.

Josh is a chapter editor to the Collective Actions chapter (Chapter 19) of the American Bar Association (ABA) Section of Labor and Employment Law’s Fair Labor Standards Act treatise published by the Bureau of National Affairs (BNA), as well as a contributing editor for the ABA’s Developing Labor Law treatise. He provides editorial oversight for the firm's publications related to wage and hour law.

Prior to joining Littler, Josh was a partner in a prominent labor and employment practice group at another firm where his focus was complex class action and employment litigation, as well as traditional labor law matters. While in law school, he was a member of the Articles Review Board of the Virginia Law Review and president of the Virginia Employment and Labor Law Association.

The Supreme Court Rules That an Unaccepted Offer of Judgment Cannot Moot a Case, But What About Payment of Complete Relief?

That Political Bumper Sticker Could Cost You Your Job

Political Speech and Activity in the Workplace: The 2014 Midterms are Here

Littler's Washington, D.C. Office Bolsters Ranks with the Addition of Joshua B. Waxman

Virginia Overtime Wage Act: The Next Step in the Commonwealth’s Pro-Employee Push

Changes in Washington in the Labor Relations and Employment Law Field