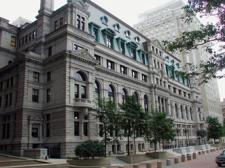 In Rosnov v. Molloy, the plaintiff, an attorney, filed a complaint on April 17, 2007, claiming that her former partner withheld commissions from her in violation of the Massachusetts Payment of Wages Law. A jury found in favor of the plaintiff in March of 2009.

Between the time the plaintiff filed her complaint and the jury rendered its verdict, the Massachusetts legislature amended the Massachusetts Payment of Wages Law and other state wage and hour laws, including the law requiring payment of overtime. Prior to the amendment, a judge had discretion in determining whether to award treble damages to a prevailing plaintiff under these laws. A judge could award treble damages if the defendant’s conduct was outrageous, because of the defendant’s evil motive or the employer’s reckless indifference to the rights of others. The 2008 amendment, however, required that a court award treble damages to a prevailing plaintiff.

In reaching its decision, the Supreme Judicial Court reiterated the basic presumption that statutes operate prospectively. The court went on to discuss the existing case law, which provides that a statute applies retroactively only if the legislature indicates an intent that the statute apply retroactively or if the statute does not affect substantive rights. The court found no evidence that the legislature intended the 2008 amendment to apply retroactively. Moreover, the court concluded that the 2008 amendment affected the defendant’s substantive rights because it created “a marked increase in the liability a defendant faces.” Accordingly, the court vacated the prior treble damages award and remanded the case to the superior court for a determination of whether a discretionary treble damages award was appropriate under the circumstances.

The 2008 amendment led to a significant increase in wage and hour litigation in Massachusetts. Although the mandatory treble damages provision remains in effect (despite numerous attempts in the legislature to repeal or amend it), the Rosnov decision is welcome news for employers. In light of Rosnov, employers are not subject to mandatory treble damages awards for alleged wage and hour violations that pre-date the 2008 amendment.