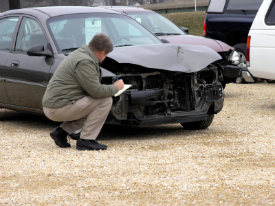 The court in Hodge, unlike Bell, analyzed the exemption by applying the duties standards set forth in the Wage Order and distinguished the holding in Bell saying that outcome was unique to those facts. For example, the court emphasized, the claims manual in Bell specifically stated that questions of importance had to be decided by the branch claims manager or regional claims manager. The adjusters processed a large number of small claims and almost all of the claims were between $2,000 and $8,000. Also, in Bell, the adjusters’ authority to settle claims was set at $15,000 or lower—often $5,000 or lower. Significantly, on matters of importance, the claims representatives in Bell acted only as conduits of information that their supervisors used to make decisions.

By contrast, the adjusters in Hodge investigated claims, reviewed evidence, determined coverage questions, set reserves, authorized settlement or litigation and made independent conclusions about elements such as causation and appropriate compensation. These conclusions were based on facts gathered during investigations and were made by the insurance adjusters using their judgment, training and experience. The court said the setting of reserves—allocating an estimate of the total costs for a claim—is equivalent to the adjusters spending the clients’ money. The adjusters’ reserve authority was generally between $20,000 and $100,000, and the aggregate reserves set by an individual adjuster could tie up millions of dollars. The adjusters also negotiated and settled claims, managed litigation, made recommendations and worked with counsel in developing litigation plans.

While the decision in Hodge is a favorable one for employers, the California Supreme Court is expected to weigh in soon when it issues a decision in Harris v. Superior Court (Liberty Mutual Ins. Co.), 154 Cal. App. 4th 164 (2007). The California Supreme Court will decide the weight to be given to the administrative/production dichotomy under Wage Order No. 4-2001 as well as the proper analysis of the administrative exemption under the Wage Order.

This entry was written by Michael Gregg.