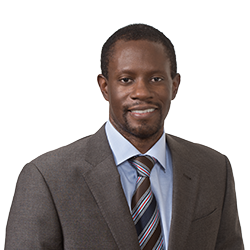 Michael A. Gregg advises and represents public and private sector employers in a broad range of labor and employment law matters arising under state and federal law and in all aspects of litigation, including trial, arbitration and administrative hearings. He defends employers in state and federal courts and before governmental agencies. He has experience defending clients in complex class actions, including wage and hour class actions. His litigation experience also includes handling appellate matters. Examples of cases he has handled include:

Michael also counsels and advises clients on employment practices and policies, including how to avoid litigation.

Co-Founding Member and Board of Directors

California Begins the Process of Reopening for Business

California’s Consumer Privacy Act of 2018: Why Its Ambiguities May Leave Businesses in a Quandary

The Computer and Internet Lawyer

California’s Consumer Privacy Act of 2018: Why Its Ambiguities May Leave Businesses in a Quandary

Domestic Violence and Professional Sports: Training Could Help Teams Stay Ahead of the Game

Bullying in professional sports: Adapting to an evolving legal landscape and mitigating risk

A New Era: Understanding the Legal Rights of Homosexual Players In Professional Sports

Is Affirmative Action Out of Date?

"Pumped" about HGH Testing? Careful, It May Violate the ADA

No Mandated Meals If Work Is On Wheels