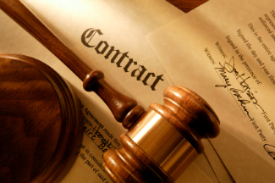 Carlos Arechiga may have been, as the trial court found, ecstatic when he was first told that he would earn $880 per week as a custodian, but he certainly was dismayed after working six 11-hour days per week for several years and never receiving a separate payment for overtime. Arechiga was undoubtedly more dismayed when the California Court of Appeal, in Arechiga v. Dolores Press, affirmed the trial court’s conclusion that his salary included his overtime compensation and he was due no additional wages. The Court of Appeal concluded that Arechiga’s employer had sufficiently spelled out the six factors needed to have, under California law, an enforceable wage agreement that included all required overtime. Perhaps surprisingly, the Court of Appeal also ruled that the wage agreement prevailed over section 515(d) of the Labor Code, which seemingly outlawed such agreements.

The surprise was that the Court of Appeal found the agreement between Arechiga and his employer trumped California Labor Code section 515(d). That section provides: “For the purpose of computing the overtime rate of compensation required to be paid to a nonexempt full-time salaried employee, the employee's regular hourly rate shall be 1/40th of the employee's weekly salary.” Section 515(d) is commonly thought to incorporate the “Skyline Homes” rule. Skyline Homes v. Dep’t of Industrial Relations, 165 Cal. App. 3d 239 (1985). Under Skyline Homes, the overtime that is due an employee who was only paid a salary is determined for most employees by dividing the salary by forty hours. One and one half times the result of dividing a salary by 40 must be paid for each overtime hour of work.

The Court of Appeal’s finding that the wage agreement survived the passage of section 515(d) was not the subject of extensive analysis. The court concluded that overtime may not be waived, but that the basic hourly rate on which overtime is to be paid is still subject to agreement between the parties. The court set aside the portion of the Labor Commissioner’s Enforcement Policies and Interpretations Manual which condemned agreements such as Arechiga’s because the Manual had not been promulgated in accordance with the Administrative Procedure Act.

While Arechiga v. Dolores Press may provide a measure of comfort for some employers, some of the unarticulated exceptions to the decision should be noted. A wage agreement may include some overtime, but, if an employee works more hours than are included in the agreement, additional overtime will be due. A wage agreement may appear generous or even beneficial to an employee if the full salary is provided even when the employee works fewer than the expected hours. However, a salary that guarantees a nonexempt employee overtime, even if the employee does not work the overtime, has to meet the requirements of the federal Fair Labor Standards Act for employers who are subject to the FLSA. 29 U.S.C. §§ 201 et seq. Under the FLSA, a salary that includes overtime, whether overtime was worked or not, is only valid if it meets all of the requirements of section 7(f) of the FLSA. Section 7(f) includes a requirement that an employee’s hours vary for reasons beyond the employer’s control and that the guarantee not include more than 60 hours per week. 29 U.S.C. § 207(f). Furthermore, the United States Department of Labor and some courts would say that a fluctuating hours agreement (called a Belo agreement) is only valid if an employee’s hours vary both above and below 40 in a week. 29 C.F.R. § 778.406. Whether Arechiga made any claim under the FLSA, whether his employer was covered by the FLSA and whether all of the requirements of a BELO agreement were met are not addressed in the California Court of Appeal’s opinion. And, whether Arechiga ever worked more or fewer hours than those in his agreed schedule is not noted in the court’s opinion. The odds of an employee indefinitely working the same hours day in and day out are, however, limited. Once the employee works more hours, additional overtime must be paid. Once an employee works fewer hours, the requirements of section 207(f) must be met or the employee’s salary must be docked. Even if the requirements of section 207(f) are met, there is no specific accommodation of such plans under California’s Labor Code.

In sum, the California Court of Appeal’s conclusion that Arechiga’s wage agreement was enforceable despite the seeming hurdle imposed by section 515(d) of the Labor Code is a surprise, albeit a welcome one. Any employer thinking of using such an agreement must, however, consider the more likely restrictions of federal law before concluding that all of the employer’s overtime concerns have been resolved.

This entry was written by R. Brian Dixon.