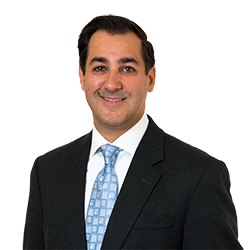 Having previously worked for the government and holding both an M.B.A. and Master of Laws (LL.M.) in Taxation, William understands the business and legal perspectives employers need to consider when addressing any employment problem. He leverages his diverse background and Littler's resources to provide his clients practical solutions.

William works with each client to uncover issues and understand their organization. He tailors advice accordingly and applies the law to advance business needs. His goal is to help clients navigate the shifting legal landscape in a cost effective and practical way.

William is a frequent speaker and author on employment tax issues. His articles have appeared in numerous publications including State Tax Notes, the CPA Journal, and The New Republic. He has authored and co-authored several treatise chapters on worker status and employment tax issues, and written articles about government contracting. William has been quoted in Forbes, Bloomberg, Silicon Valley Business Journal, and Workforce Magazine, among other publications. He previously served as a member of Littler's Board of Directors.

Settled a Lawsuit with a Government Agency Last Year? Form 1098-F Reporting of Fines and Penalties is Coming Due

Department of Labor and IRS Intensify Cooperation on Worker Misclassification

Dear Littler: What is so Taxing about our Wandering Workers?

Do Your Work-from-Home Policies Comply with California Law?

Help in a Time of COVID-19: Leave Donation/Sharing Programs

A PPP Dilemma: Can Employers Exclude Employees Who Refuse to Return to Work from their Loan Forgiveness Calculation?

Dear Littler: Are There Any Tax Implications Now That Our Employees Are Teleworking During The COVID-19 Crisis?

What Government Actions to Address COVID-19 Really Mean For Employers

Restructuring Operations in the Wake of California AB 5? Don’t Overlook the Tax Implications

Dear Littler: Can Employees be Exempt from Income Tax?

The Implications of Dynamex Operations West v. Superior Court: California's Adoption of the ABC Test for Purposes of the Wage Orders

Littler Elects Three New Members to Board of Directors

From Sledgehammers to Software: America's Journey Towards 1099 Workers' Compensation

Federal Mobile Workforce Bill May Have Future Via Tax Reform

Taxation and Reporting of Settlement Payments for Employment-Related Lawsuits

What Should the Senate #AskPuzder? Labor Lawyers Have Questions

The Benefits - or Lack Thereof - of the 'Gig'

A Look at the Labor Department's New Advice on Worker Labels

Many changes on the horizon for government contractors

Freelance Workers Are Our Future. So Why Are We Penalizing Them?

Court Backs IRS in Fight Over the Tax Treatment of Severance

The Government Will Keep Those FICA Taxes, Thanks

Attorneys React: US vs. Quality Stores

No free lunches in Silicon Valley?!? Our tax analysis

The FedEx Litigation and the Employment Development Department

Incorporating Independent Contractors Is No Panacea For Misclassification

The Truth About Recent Attacks on the Independent Contractor Classification

Can the Statutory Definition of an Employee Evolve?

California Tax Reform Should Include An Independent Tax Court

What Does It Mean To Be An Employee in California?

Giving Employees Gifts May Require Giving to the Tax Collector Too

What Constitutes a Hearing Before California’s Unemployment Insurance Appeals Board?

San Francisco Reverses Itself on Payroll Tax on Partner Profits

Anatomy of a California Employment Development Department Notice of Assessment

What is Integral to a Business Entity?

Are Emotional Distress Damages Income Subject to Tax? No, Says the DC Court of Appeals in Murphy v. United States

Journal of Taxation of Investments

Are Emotional Distress Damages "Income" Subject to Tax? "No" Says The D.C. Court of Appeals in Murphy v. United States

An Employer's Guide for Dealing with "Unusual" Tax Withholding Requests

An Employer's Guide for Responding to an IRS Wage Levy

Top-10 Predictions for the Future of Nontraditional Work Relationships

Staying Alive After AB5 - Can California Businesses Still ‘Depend’ on Independent Contractors?

The Future Workplace: From Gig Workers to Virtual Workers - Part 1: Redefining Employment Relationships and Responsibilities in the Gig Economy

Holiday Gift Giving May Include the Tax Man

Overview of the Tax Treatment of Popular Employer-Provided Fringe Benefits

Who is the Employer?

Talent Management in a Freelance World: Case Studies from the Real World

Compliance 101: Everything You Need to Know about Worker Classification

Building The Next Generation of Contingent Workforce

Retailers at Risk: Are Your Independent Contractors Actually Contractors?

What You Need to Know About Legal Compliance for Telework Arrangements

Fisher v. University of Texas: Implications for the Future of Affirmative Action Programs for Student and Faculty Recruiting

Is There a Future For Independent Contractor Relationships?

The Paperless Future is Here: Implementing an Electronic Payment of Wages Program

Am I Really An Independent Contractor?

From Hiring to Firing: Ten Mistakes Small Businesses Should Avoid

The Evolving Tax Environment and Independent Contractors: Is There a Future for IC Status?

Screening and Classifying Your ICs: In the Safe Harbor Really Safe?

California Income Tax Withholding: Unveiling the Mysteries at the FTB and EDD