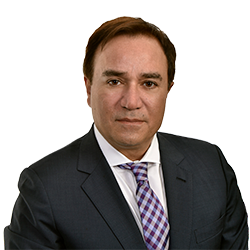 Mark A. Romeo has an extensive background and over 20 years of experience in trade secret and unfair competition litigation. Mark’s practice is international in nature and includes trials in Pennsylvania (E.D. Pennsylvania) and Nevada as well as the state and federal courts throughout California. Mark also consults with clients regarding issues involving key employees who may be working abroad and regularly works with lawyers in offices in Western Europe, Korea and China in addressing issues that arise with employees who may have misappropriated intellectual property while working abroad.

Mark’s practice has focused on virtually all aspects of the Uniform Trade Secrets Act and the Defend Trade Secrets Act. Mark has lectured on the types of available remedies under the state and federal trade secret and unfair competition laws. He has a deep understanding and skill set in the California Computer Crimes statute (Penal Code Section 502(c)) as well as the Computer Fraud and Abuse Act (nationally).

Mark has deep knowledge of computer forensics, including the use of cloud-based storage (e.g., Slack and Dropbox) and experience working with clients to determine whether they’ve been the subject of trade secret theft. Mark regularly advises clients on issues including the viability of restrictive covenants, which includes the developing law in California regarding the unenforceability of employee nonsolicit covenants. In addition, Mark has worked with clients in drafting proprietary information agreements and restrictive covenant agreements, usually as part of M&A transactions.

A sample of some of his most recent cases include the following:

In addition to trade secrets and unfair competition matters, Mark regularly counsels clients on matters involving drafting agreements related to stock awards, including stock options, stock appreciation rights, and restricted stock and the connection with restrictive covenants. He litigates such disputes and was successful at recovering funds on behalf of the former executive of a publicly traded company in a dispute concerning stock appreciation rights and wrongful termination. Mark helps clients with matters involving workplace investigations (where he is knowledgeable on matters of protecting against the waiver of attorney-client privilege and work product), reductions in force, whistleblower/retaliation, and discrimination and harassment matters.

Mark began his career at Littler in the mid-1990s, before joining a large California law firm until it dissolved in 2003. Mark was a partner in two full-service, global law firms prior to rejoining Littler.

What Companies Should Do When They Suspect Trade Secret Theft