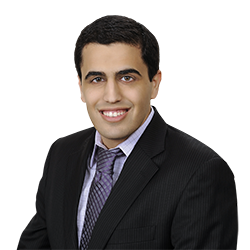 As co-chair of Littler’s Emerging Technologies and Venture Capital Industry Group, Kayvan’s advice and counsel practice centers on technology and emerging growth companies throughout California. He leads manager trainings, counsels on workplace investigations, drafts employment agreements, prepares handbooks, and advises on day-to-day human resources decisions. He also partners with incubators, accelerators, venture capital groups, private equity firms, and investors on equipping their portfolio companies with the tools to build legally compliant frameworks. Relatedly, Kayvan is also one of the founding architects of Littler X-celerator, the firm’s onboarding tool for tech startups and counts dozens of startups among his clients.

In addition to his appearances in federal and state courts, Kayvan regularly appears before arbitrators and various administrative agencies, such as the:

Kayvan’s entire legal career has been dedicated to employment law. Prior to joining Littler, Kayvan served as a judicial extern to the Hon. Steven B. Berlin in the Office of Administrative Law Judges at the Department of Labor. He also served as an intern to the Equal Opportunity Commissions’ legal department and to Hon. Daniel E. Leach in its division of administrative judges. Previously, he worked as a counselor at the Legal Aid Society–Employment Law Center in San Francisco. In law school, he served on the board of the Employment and Labor Law Student Association and was Development Editor of the Hastings International and Comparative Law Review.

Top 10 Legal HR Questions For Navigating Through and Out of the Coronavirus Crisis, Answered

Remote Workers and Telecommuting: Legal Considerations for Tech Startups and Other California Employers

Independent Contractors or Employees? A Primer for Startups

The Employer’s Primer on Record Retention

Intersection of Workers’ Compensation and Other Employment Laws

The Impact of Social Media on the Workplace