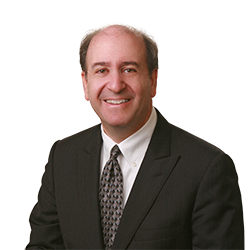 Jedd Mendelson focuses his practice exclusively on representing management in labor and employment matters, including:

He has also handled labor relations lawsuits involving applications for restraining orders and injunctive relief. Jedd has appeared before the National Labor Relations Board, federal and state courts, and arbitrators and has tried a number of cases to juries. He has defended discrimination charges before the Equal Employment Opportunity Commission, the New Jersey Division on Civil Rights, and the New York State Division of Civil Rights. He has specific experience with claims arising under:

Jedd's practice also includes employment counseling and diversity training, as well as advising companies with respect to work force strategy issues arising out of mergers, acquisitions, and other business ventures. Additionally, he is a frequent speaker before trade and human resource groups.  Most frequently, Jedd works with clients such as manufacturers, distributors, hotels and restaurants.

He has first-chaired numerous jury trials, with successful outcomes in:

He also obtained a favorable settlement for a client in a case involving retaliation, whistleblowing and disability and workers' compensation claims in which the court vacated an adverse jury verdict on the grounds of fraud and perjury.

In bench trials, Jedd has secured injunctions on behalf of his clients in matters involving picketing and he prevailed in a case involving back contributions for employees who fell within a coverage provision of the collective bargaining agreement, but had disclaimed coverage. Additionally, he has been involved with numerous restrictive covenant cases, representing both plaintiffs seeking enforcement and defendants attempting to block enforcement, in which preliminary injunctions and temporary restraining orders were granted or denied in favor of his clients.

Among his other successes, Jedd secured summary judgments and dismissals in:

Named, The Best Lawyers in America®*

Arbitration is Alive and Well

Employers in Newark, New Jersey Must Comply with a New Ordinance Broadly Restricting Their Discretion to Rely on Criminal Records for Employment Purposes