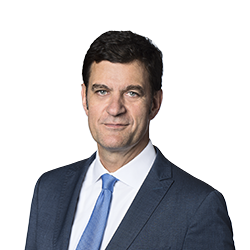 Dr. Thomas Griebe advises national and international clients on all areas of employment law. He focuses on advising U.S. clients and staffing services, and has a large client base of small- and medium-sized companies. Trained in mediation, he advises companies on conflicts with their employees, works councils and unions, as either a mediator or a consultant.

Thomas formed his own employment law boutique in Hamburg in September 2012. Previously, he was an Equity Partner and International Head of Employment & Pensions at an international business law firm where he became Partner in 1998. He was admitted to the bar in 1995 and is a specialized lawyer (Fachanwalt) for employment law in Germany as well as a business mediator.

Named, The Best Lawyers in Germany©

Germany and COVID-19: How short-time work can mitigate the financial impact and avoid talent drains

Germany’s Labor System Would Be Difficult to Import to U.S.

What are the Pitfalls Lurking for Employers Seeking to Locate or Expand Within the EU? ABA Section of International Law, Berlin

Panel Discussion, The Role of HR in a Global Company