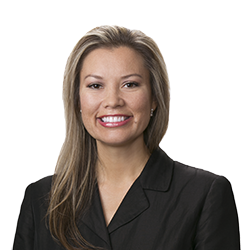 Danielle K. Herring focuses her practice on a variety of employment litigation matters as well as client counseling.

As co-chair of the firm’s Employee Benefits Litigation Practice Group, Danielle’s litigation practice includes specific experience defending plan sponsors, fiduciaries and claims administrators in a wide range of ERISA cases across the country, with a particular focus on fiduciary breach and denial of benefits claims filed under ERISA. Danielle has obtained dismissals and summary judgment awards in favor of employers and employee benefit plans in a variety of ERISA wrongful denial of benefits and breach of fiduciary duty cases across the country.

Danielle’s ERISA litigation and counseling experience includes the successful counseling and defense of benefit plans, their sponsors, their administrators and attendant fiduciaries with regard to:

Danielle also represents employers in federal and state courts and before administrative agencies, such as the Equal Employment Opportunity Commission, the Texas Workforce Commission, the Department of Labor, and the Occupational Safety and Health Administration.

She regularly counsels employers on issues involving federal, state and local statutes and regulations, as well as the common law. She has represented employers in administrative charges, litigation and disputes related to:

Danielle also serves as co-chair of ‘Ohana, the firm’s affinity group for attorneys of Asian, South Asian, Pacific-Islander, Middle Eastern, and North African descent. In addition, she is on the steering committee for the firm’s Women’s Leadership Initiative.

A Uniform Standard of Review in ERISA Benefit Denial Cases: The Fifth Circuit Overrules Itself to Fall in Line with Other Courts

Workplace Equity: Striving to Become Gender-Neutral in the Office

Human Resource Law from A to Z

Chutes and Ladders: Tips for Winning When Faced with Wage/Hour Challenges Under the FLSA

Top Ten Mistakes Employers Make, and How to Avoid Them

Retaliation: How Do You Stop It, What Does It Mean and Why Are Claims Still Growing?

The Lilly Ledbetter Fair Pay Act: How to Walk the Minefield

Don’t Say FMLA Unless You Mean It