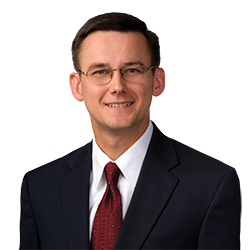 Daniel W. Srsic is highly-knowledgeable in benefits litigation and has appeared in more than 100 court cases involving employee benefit disputes, such as benefit claims, fiduciary duties and disputes regarding collectively bargained benefits.

Daniel's benefits practice also extends to pre-dispute representation of plan sponsors and fiduciaries.  He brings a litigation perspective to the evaluation of potential changes to collectively bargained retiree health benefits, which has proved to be a valuable addition at the bargaining table. In recent years, he also has led strategic litigation against state regulators to protect welfare benefit plans from interference barred by Employee Retirement Income Security Act preemption.

Daniel dedicates approximately half of his caseload to labor and employment law matters arising under both federal and state laws.  He represents employers in claims of:

He also regularly counsels clients regarding compliance with the Family and Medical Leave Act, the Americans with Disabilities Act, and the Worker Adjustment and Retraining Notification Act.

Daniel is a leader in the firm's Employee Benefits Litigation Practice Group.

In law school, Daniel was associate editor of the Comparative Labor Law Journal, in which an article he wrote was published.

DRI - The Voice of the Defense Bar

Benefit Plan Administration and Litigation in the Wake of the Supreme Court’s Decision in CIGNA v. Amara