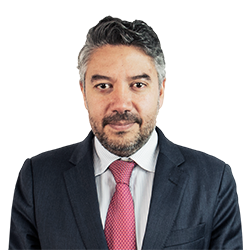 With more than 20 years of professional experience, Andrés DaCosta centers his legal practice on services of labor consulting and litigation in first and second instance Courts, and in High Courts.

He served as a labor lawyer in private practice and was also employed as such by several Colombian law firms, as well as general proxy on labor issues for companies within the energy sector. Andrés counsels industries in the oil, petrochemical, and international cooperation sectors.

He has been a university professor since 1997 in several of Colombia's universities. He completed a Certification Program on Social Security at the Colegio Mayor de Nuestra Señora del Rosario in 1995, and a Certification Program in Labor Relations for Latin American Experts at ILO´s Training Centre (Turin – Italy), University of Bologna (Italy) and University of Castile-La Mancha (Spain) in 2001.