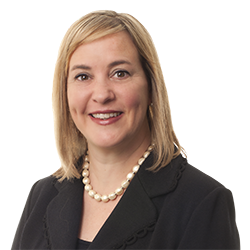 Amy Ryder Wentz devotes her practice to counseling and defending employers in a broad range of employment-related matters, including:

Amy regularly appears in federal and state courts, and she handles administrative charges before the U. S. Equal Employment Opportunity Commission and the Ohio Civil Rights Commission, among other agencies.  Additionally, she advises employers on compliance and other employment-related issues; helps them develop employee manuals and policies; assists them with investigations of employee misconduct and harassment; and provides management training on the FMLA and ADA.

Amy represents a diverse group of clients in the following industries:

Prior to joining Littler Mendelson, Amy served as a judicial law clerk to the Honorable Lesley Wells, United States District Court in the Northern District of Ohio. In law school, she was executive editor of the Cleveland State Law Review.

Recipient, ABA-BNA Award for Excellence in the Study of Labor and Employment Law

Seventh Circuit to Plaintiffs: Here's Your Burden of Proof

Workplace Injuries: Intentional Tort Claims in Ohio Are (Nearly) Dead in the Water

Workshop for Judges of the Sixth Circuit, Federal Judicial Center

Fundamentals of Practice in the Northern District of Ohio