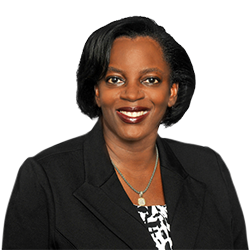 Alison is a former member of Littler's Board of Directors and the former D.C. Office Managing Shareholder. Earlier in her career, Alison served as associate general counsel for labor and employment at a national railroad, as vice-president and assistant general counsel with an insurance company, and later, as a partner at a Washington, D.C., law firm. She also worked as an adjunct professor at Georgetown University teaching workplace ethics and global labor and employment law for the School of Continuing Studies, Human Resources Management program.