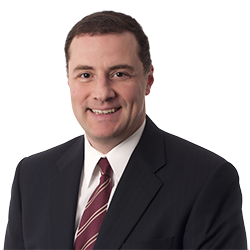 Rob Friedman is Co-Chair of Littler’s Arbitration Practice Group and leads a national team of attorneys who have extensive experience drafting, promulgating, and enforcing employment arbitration agreements. Rob previously served as the Managing Shareholder of the firm’s Dallas and Fayetteville offices. He is Board Certified in Labor and Employment Law by the Texas Board of Legal Specialization. Rob exclusively represents employers, and litigates on behalf of management before state and federal trial and appellate courts, arbitrators, and state and federal agencies.

As one of the leading nationwide authorities on drafting and enforcing arbitration agreements, Rob is the founding chair of the firm’s national Arbitration Practice Group. And he has successfully argued arbitration enforcement issues before state and United States Courts of Appeals, state Supreme Courts, and the United States Supreme Court. Rob’s practice also includes significant nationwide experience representing businesses in wage and hour class and collective action litigation under the Fair Labor Standards Act and state law. And Rob litigates, arbitrates, and manages a large docket of employment discrimination, harassment, and retaliation cases.

Most commonly, Rob works with the following types of clients:

Rob has authored numerous articles, chapters, and publications regarding arbitration, wage and hour matters, class action defense, and the WARN Act, and is a frequent presenter at legal events. He is frequently quoted by leading legal news publications.

Named, Dallas 500 - The Most Powerful Business Leaders in Dallas-Ft.Worth

VIDEO: The Battle Over Arbitration Continues

Class Waivers at the High Court: the FAA’s Mandate

A Whole Bunch of Dallas Workers Are About to Get Overtime Pay, Maybe

Is Your Business Ready for New Overtime Rules? DFW Experts Weigh In

Dukes v. Wal-Mart is a win for employers

Who Wants to Be a Lawionaire?

The Enduring Value of Employment Arbitration Agreements Under Attack

One Year After #MeToo: The Legal Fallout and What's To Come

The Battle Over Arbitration Continues: The FAA, the NLRA and Other Lingering Skirmishes

Attacks on All Fronts: FLSA Lawsuits, and the NLRB's Attacks on Arbitration Class Waivers

Preparing for Change: DOL’s Final Rule on Overtime and Brief Update on the Affordable Care Act

Arbitration of Wage and Hour Claims

Arbitration Wars! The Plaintiffs’ Bar Strikes Back – The Threat of Mass Arbitrations, Other Tactics and What You Can Do About It

The State of Covenants Not to Compete & Arbitration Agreements

The Cutting Edge of Arbitration: What You Need to Know