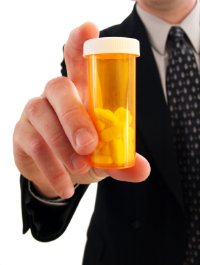 The U.S. Supreme Court heard oral arguments today in Christopher v. SmithKline Beecham Corp., a case to determine whether pharmaceutical sales representatives (PSRs) qualify for the outside sales exemption under the federal Fair Labor Standards Act (FLSA). The Supreme Court’s opinion will settle a split between the Second and Ninth Circuits in which the Second Circuit held that PSRs are not making sales under the FLSA and – in the underlying case – the Ninth Circuit held that they are, qualifying them as outside sales employees. A broader issue to be decided by the Court is the level of deference owed to a regulatory agency that announces new substantive positions through amicus curiae filings. Here, the Second Circuit’s opinion was largely based on a position taken by the Department of Labor (DOL) through an amicus brief where it advocated that the PSRs do not qualify for an exemption to the FLSA’s overtime requirements. The Ninth Circuit rejected the DOL’s position, finding it need not be afforded deference under Auer v. Robbins, 519 U.S. 452 (1997).

During Monday’s hour-long oral argument, the justices engaged in lively questioning over the application of the exemption in the pharmaceutical industry. One important point of discussion revolved around the PSRs’ ability to obtain assurances from doctors to prescribe their drugs. Attorney Thomas Goldstein represented the PSRs and argued that because PSRs do not receive binding or written commitments from physicians to prescribe medications, they do not engage in sales under Section 3(k) of the FLSA. While Chief Justice Roberts agreed that physicians merely tell the PSRs that they will consider using their products in relevant medical situations, Justice Scalia raised the point that the particularities of selling in the pharmaceutical industry should be taken into account, noting that “these people look like salesmen to me.” Respondent SmithKlineBeecham’s counsel, former Solicitor General Paul Clement, argued that the PSRs in fact are engaged in “sales” because they obtain binding commitments from doctors and that these commitments can be oral. Mr. Clement further argued that extending the DOL’s position to the industry as a whole would end in an illogical result as pharmaceutical sales representatives selling medical devices to doctors would be exempt, but representatives selling drugs would not.

Faced with massive and unexpected liability – estimated by many to be in the billions – the justices also expressed concerns over DOL’s use of amicus briefs to declare new policies. Justice Breyer questioned whether the Secretary of Labor even weighed in before the new position was advanced by the lawyers in the Solicitor’s Office of the DOL. He further indicated that the DOL should have first engaged in administrative notice-and-comment rulemaking, giving all affected parties notice before changing course on the exempt status of the PSRs. Justice Scalia asked whether it was the DOL’s policy making program to “run around the country” and make new regulations through amicus briefing. Department of Justice Deputy Solicitor General Malcolm Stewart, arguing on behalf of the United States, admitted that the DOL had received a request for an opinion letter in 2007, inquiring as to whether PSRs were outside salesmen, but that it never responded. Justice Scalia stated that he found it “extraordinary” that the DOL was going to come in – without engaging in any prior enforcement actions or issuing any agency guidance on the issue – and proclaim that 90,000 people are now owed retroactive overtime. One final point made by Mr. Clement – and echoed by Justice Ginsburg – was that, even if it is found that the PSRs do not meet the outside sales exemption requirements, the issue is not fully resolved as the position could still qualify for the administrative exemption under the FLSA. The application of the administrative exemption is not currently at issue before the Supreme Court.

This case has far reaching implications as there are over 90,000 PSRs employed by the pharmaceutical industry. In addition, the case will likely have a broader impact on the manner in which an agency can announce new positions. A decision is expected by the end of June. We will prepare a complete analysis of the decision once it is issued.

To learn more about the case and its potential implications for employers, please see Littler's ASAP, Supreme Court to Decide Significant Case on the Outside Sales Overtime Exemption, by Richard Black and Bradley Strawn.