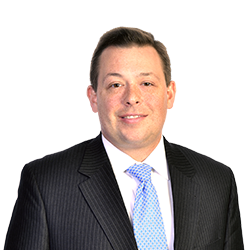 An accomplished litigator and trusted advisor, Richard M. Wallace resolves labor and employment problems for a variety of clients in a manner that meets their business goals.

Rick maintains an active practice covering both employment litigation and traditional labor law. With experience in state and federal courts, Rick has tried multiple cases to a jury verdict on issues such as discrimination, wrongful discharge, workplace harassment and breaches of the duty of loyalty. He has successfully concluded arbitrations for employers and guided managers through troubling workplace scenarios.

Some of his successful employment litigation outcomes on behalf of clients include the following:

In addition to his litigation practice, Rick routinely represents management in all aspects of traditional labor law. As lead negotiator in numerous collective bargaining sessions, he has brought determination and adaptability to challenging discussions, ultimately reaching agreements favorable to his clients. He has directed multiple labor-related litigation matters in federal court, represented employers in proceedings before the National Labor Relations Board, and advised companies during labor organizing campaigns.

Rick has extensive experience in guiding employers through work stoppages, including assisting with strike preparation and representing companies in state court to obtain injunctive relief for strike-related misconduct. He has also successfully represented management in numerous labor grievance arbitrations throughout the country.

In his personal life, Rick is an avid skier who competed on the college ski team in several categories of the U.S. Collegiate Ski and Snowboard Association.

The Clay Center for the Arts & Sciences of West Virginia

Business as Unusual: Preparing Our Workplaces and Workforces for a Return to Work