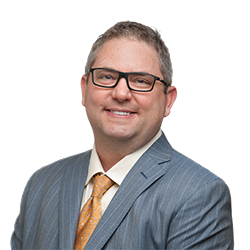 Neil M. Alexander is a shareholder at Littler Mendelson in the Phoenix office. Neil is Co-Chair of the Staffing, Independent Contractors and Contingent Workers Practice Group and serves on the firm’s Board of Directors. He is a trial attorney who regularly defends companies against claims involving:

Neil regularly appears in state and federal courts in Arizona and Nevada and before the Equal Employment Opportunity Commission, the Department of Labor, the Arizona Civil Rights Division and the Nevada Equal Rights Commission. His clients include:

Neil also regularly contributes to articles in newspapers and magazines and authors publications for national trade association newsletters. He has been interviewed on national radio and is frequently quoted in national and regional publications.

What Do California's New Training Requirements Mean for Staffing Firms?

Mistle-NO! Planning a Holiday Party in the Wake of #MeToo

How Can Employers Compete with this Sporting Trifecta? The Super Bowl, Olympics, and March Madness Approach

An I-9 compromise for staffing buyers: Right of inspection

The Legal and Regulatory Landscape for Small Business

'Tis the Season for ACA; Employers should plan now for temporary hiring

Reminder to Employers: Seasonal Workers Have Rights Too

What’s the Right Form? Now is the time to assess background screening policies

Patriotism and Religious Discrimination in the Workplace

C-Suite Sex Harassment: Beyond the Law

New Arizona Law Provides Minimum Wage Increases and Paid Sick Time – What Does This Mean For Your Organization?

Managing Employee Leaves of Absence and Requests for Intermittent Leave

Health Care Reform – What Does It Mean for Employers?