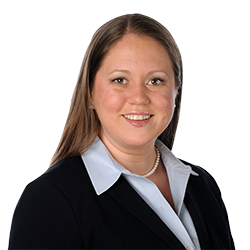 Kelly C. Spina represents and advises management in all aspects of labor and employment law. She has appeared before state and federal courts and administrative agencies to defend claims involving:

In addition to compliance with federal, state and local laws, Kelly counsels her clients on a broad range of employment issues, including employment policies, handbooks, and contracts; termination decisions; and employee discipline.

Prior to joining Littler Mendelson, Kelly spent five years as an associate of a Long Island law firm where she advised private employers, municipalities, and educational institutions on labor and employment issues. While in law school, she was the coordinator of the Courtroom Advocates Project.

Day One Dialogues: The Power of #MeToo