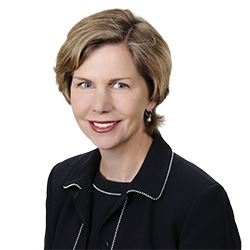 Elizabeth Staggs Wilson's practice focuses on the defense of private clients in the field of wage and hour class, representative and single actions, as well as enforcement of arbitration agreements. She has successfully and efficiently defended more than 200 lawsuits alleging wage and hour violations, including multi-plaintiff, representative and class action lawsuits. She has also defended clients against claims of wrongful termination, discrimination, harassment, unfair competition, and theft of trade secrets. She has obtained favorable verdicts in two jury trials, multiple bench trials and arbitration.

Elizabeth has handled cases in state and federal courts, as well as at the administrative level, including the following:

In addition, Elizabeth regularly provides clients with practical advice to ensure compliance with the rapidly evolving field of labor and employment law, including the complex areas of wage and hour and leave laws. She assists clients with wage and hour audits. She crafts California and federal compliant wage and hour policies and procedures, including meal period waivers, alternative workweek vote materials and paid time-off policies. She has developed particular expertise in the health care field assisting hospitals and other healthcare facilities to comply with wage and hour laws.

Elizabeth has presented and trained professional groups on a myriad of employment-related topics including sexual harassment, leave law, wage and hour, disability accommodation and effective management.

Prior to joining Littler, Elizabeth was a partner at another firm.

Associates of the California Institute of Technology