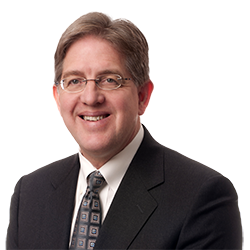 Daniel L. Thieme is experienced in all areas of employment relations law. He has particular expertise in the areas of wage and hour law – including all aspects of employee compensation, business sales and restructuring, executive compensation, discrimination law, and employee intellectual property issues.

With respect to wage and hour and compensation law, Dan’s experience includes:

With respect to business sales and restructuring, Dan’s experience includes:

Dear Littler: How do we Determine Where Remote Employees “Work” for WARN Act Purposes?

The Next Normal: A Littler Insight on Returning to Work – Recalling Furloughed Employees and the Rehire Process

Furloughs and Other Temporary Responses to Coronavirus (COVID-19) Disruptions

Littler Lightbulb: Shining a Light on Key Issues as we Leap into 2020

Exempt Employee Pay Minimums Will Increase in 2018 in Various States

The DOL Overtime Salary Regulation is Temporarily Enjoined - Now What?

They Really Mean It: the EEOC Sues Another Employer for Allegedly Overbroad Releases

Washington Supreme Court Blunt in Ruling: No Claim for Wrongful Discharge Under State's Medical Use of Marijuana Act

Favorable DOL Opinion Letters Lost for Want of a Stamp

What Employers Can do to Secure Effective Releases, Separation Agreements, and Settlement Agreements Despite the EEOC and NLRB’s Recent Enforcement Agendas