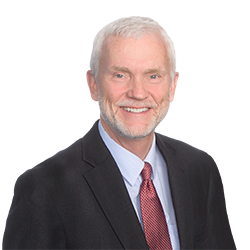 Benjamin L. Webster has extensive experience handling trials, binding arbitrations, and mediations in a variety of complex disputes. He has defended countless lawsuits in state and federal courts involving allegations such as:

Additionally, Ben has prosecuted and defended numerous trade secret cases, winning and defeating requests for injunctive relief in high stakes, time-sensitive disputes. He also has handled the defense of class action lawsuits, including wage and hour and discrimination claims arising under Title VII, the Americans with Disabilities Act, and the Fair Employment and Housing Act.

Another focus of Ben’s practice is conducting complex workplace investigations (involving claims of  harassment, retaliation, and other alleged misconduct) for public and private employers, as well as advising companies in connection with internal investigations and discipline resulting therefrom.

A frequent speaker at employment seminars and training programs, Ben has worked with various local, regional, and national clients involved in:

Ben is the office managing shareholder of Littler Mendelson's Sacramento office. Prior to joining Littler, he practiced commercial litigation, with an emphasis in labor and employment law, for another national law firm where he served as managing partner of the Sacramento office for the eight years preceding his departure. Between college and law school, he worked as a reporter for the daily newspaper in Red Bluff, California; as a legislative correspondent for Congressman Harold T. "Bizz" Johnson in Washington, D.C.; and, later, as a legislative and policy analyst and newsletter editor for the Joint Maritime Congress.

In law school, Ben was on the editorial board of the Virginia Law Review. Thereafter, he clerked for the Hon. Pasco M. Bowman, U.S. Court of Appeals for the Eighth Circuit.

Chairman, Board of Directors

HR Must Act Quickly in Response to Domestic Violence Allegations

Employee Accused of Domestic Violence? Be Fair But Cautious

How to Provide the Best Harassment Training to Your Workforce

Presenting An Effective Defense in an Arbitration

Violence in the Workplace: Protecting Employees and Minimizing Liability

Managing Human Resources Under The Americans With Disabilities Act

The Problem Employee: What to Do If He or She Works for You

Internal Investigations: What You Need to Know