By Michael J. Lotito and Jim Paretti on

The year 2020 is already shaping up to be quite active on the employment law front, and a quarter of U.S. states have yet to convene their 2020 legislative sessions. In January, over 800 labor and employment-related bills, ordinances, and regulations were considered at the state and local levels; more than 20 new state and city-level laws were enacted, over half of which were in New Jersey.

Many pending bills fall into familiar categories: paid leave, equal pay, drug testing, minimum wage, criminal background checks, anti-discrimination, and independent contractor classification, to name a few. Others focus on new areas, such as the use of AI in hiring. This month’s State of the States will provide a brief overview of the new laws and pending bills as trends begin to emerge.

New Jersey hit the ground running in 2020, enacting over a dozen new laws since January 1. Among these laws is one that radically expands an employer’s advance notice and severance pay obligations under the NJ WARN Act, another that amends the New Jersey Wage Payment Law to require employers to provide additional information on employees’ wage statements, and a package of legislation to tighten worker misclassification enforcement.

Limiting an employer’s use of criminal background checks remains a popular legislative topic. St. Louis, Missouri enacted a ban-the-box ordinance, while Maryland’s General Assembly overrode the governor’s veto of a similar measure prohibiting an employer from requiring job applicants to disclose their criminal histories until an in-person interview.

New York City Mayor Bill de Blasio is expected to sign an ordinance that would make it unlawful for most businesses to refuse to accept cash payments. Meanwhile, Connecticut enacted a law that attempts to clarify how restaurants and other hospitality employers pay workers who receive tips in jobs that also require untipped work.

Further south, Brookhaven, Georgia became the seventh municipality in the Peach State to prohibit employment discrimination on the basis of sexual orientation and gender identity.

While over 20 new laws and regulations were adopted in January, the vast majority were introduced for the first time. 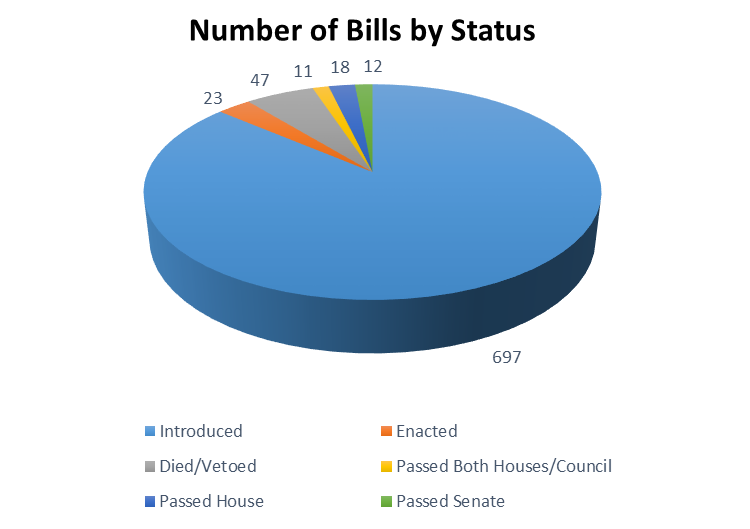 There were some new topics in the mix. For example, although at least two new bills would allow employees to take protected bereavement leave, Senate Bill 260 introduced in Maryland would authorize employees to take such leave for the death of an immediate family member or pet.  “Pet” is not defined in the bill.

Last August, Illinois became the first state to establish a framework for employers’ use of AI in the hiring process. This January, Washington lawmakers introduced a similar bill that would require employers to notify job applicants and obtain their consent if artificial intelligence is used to analyze video interviews. Hawaii, Maryland and Vermont introduced bills that would limit the use of facial recognition software/surveillance systems without consent. And employee microchipping remains a lingering concern, as a new bill introduced in Iowa would prohibit an employer from requiring the implantation or insertion of microchips or other devices in employees. 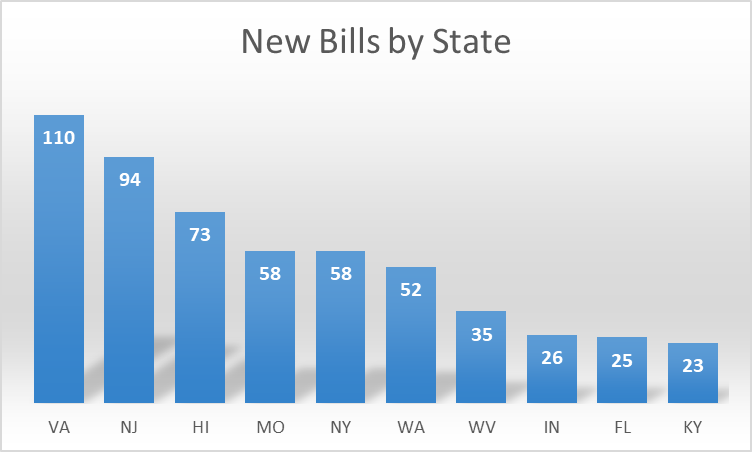 Many of these new bills cover familiar territory. The following is a brief snapshot of the topics covered in bills introduced in 2020.1 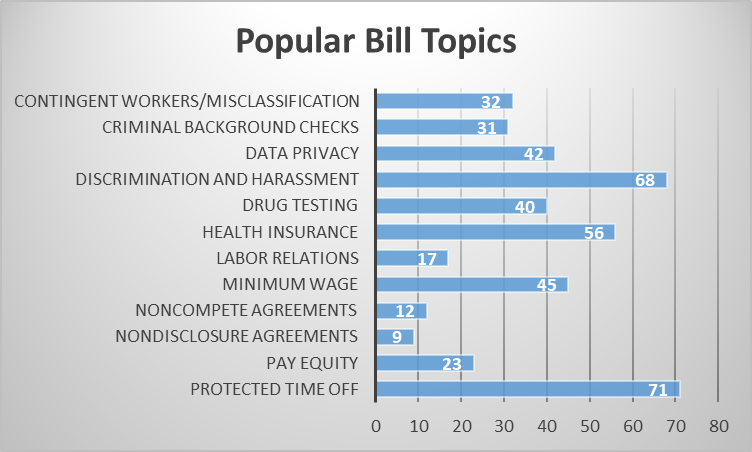 February and March tend to be just as active, if not more so, than January. It will be interesting to see which bills gain traction as the year progresses. Littler’s Workplace Policy Institute (WPI) will continue to monitor state and local legislative trends and report on significant developments.

​1 Please note that these charts were made on January 31, taking into consideration bills available at that time.