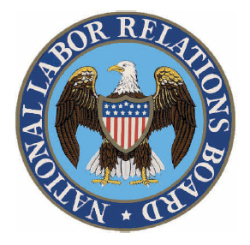 Ever since the National Labor Relations Board (NLRB) filed a complaint, last November, against ambulance service provider AMR for firing an employee who had called her supervisor a “mental patient” on her Facebook wall, employers have been forced to ask themselves the following question: Do I really need to worry that the NLRB will knock on my door every time I discipline an employee for an obnoxious or offensive Facebook post related to work? Until two weeks ago, there was no easy answer to that question. The AMR case and virtually all of the other “Facebook cases” initiated by the NLRB had either settled or had not yet resulted in a published decision. Then, last month, the NLRB’s Office of General Counsel issued three Advice Memoranda in rapid succession that provide at least some guidance for employers trying to navigate the intersection of social media and labor law.

Two of the Advice Memoranda draw the same bright line rule: an employee who communicates about work through Facebook but only with family or friends cannot invoke the protections of the National Labor Relations Act (NLRA) to avoid dismissal. In one of these two cases, an employee of a residential home for homeless individuals with significant mental illness posted facetious comments about residents on her Facebook wall. Only a personal friend responded to the Facebook posts, and none of the employee’s coworkers were her Facebook friends. The General Counsel concluded that the employee’s Facebook posts were not protected because the employee was merely communicating with personal friends about work. In addition: (a) her posts did not relate to the terms or conditions of employment; (b) the employee did not discuss her posts with coworkers, and no coworkers responded to them; and (c) the employee was not seeking to induce collective action and her posts were not an outgrowth of collective concerns.

The second case was a slightly tougher one. There, a bartender complained through Facebook to his step-sister about this employer’s policy barring him from sharing in tips given to servers even though the bartenders helped to serve food. The General Counsel concluded that the bartender could not rely on the NLRA to reverse his firing, even though the post related to the terms of employment, for the same reasons that the employee of the residential home could not do so – the employee did not discuss his post with coworkers and the employee was not seeking to induce collective actions.

The third case provides the most useful guidance, drawing the line between individual gripes (unprotected) and collective activity (protected). In that case, the employee made the following comments about her store’s Assistant Manager:

I swear if this tyranny doesn’t end in this store, they are about to get a wakeup call because lots are about to quit.
* * * *
[Assistant Manager] is being a super mega puta! Its retarded I get chewed out cuz we got people putting stuff in the wrong spot and then the customer wanting it for that price . . . . I’m talking to [Store Manager] about this shit because if it don’t change [Company] can kiss my royal white ass.

The General Counsel concluded that the employer could lawfully fire the employee because the posts expressed only an individual gripe, i.e., the employee’s own “frustration regarding his individual dispute with the Assistant Manager over mispriced or misplaced sale items.” The General Counsel also concluded that the responses to the posts by the employee’s coworkers did not convert these individual gripes into collective action because those comments reflected the coworkers’ understanding that the employee was speaking only on behalf of himself. One coworker laughed (“bahaha like!”); one coworker asked why the employee was so “wound up;” and a third expressed only emotional support (i.e., “hang in there”).
In each of the three Advice Memoranda, the General Counsel referred to the same or similar legal standards. These standards also provide useful guidance and include the following

While these guidelines and the Advice Memoranda obviously do not address the full range of Facebook conduct that intersects with the workplace, they do at least provide some guideposts for employers when deciding whether to discipline or fire an employee based on his or her obnoxious or offensive Facebook post.