Two Recent Decisions Illuminate for Employers the Broad Contours of ADA Confidentiality vs. the Narrow Boundaries of HIPAA Privacy 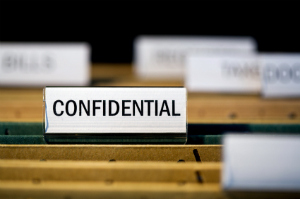 Ever since the HIPAA Privacy Rule first went into effect for larger health plans in April 2003, HR professionals and in-house employment counsel often warn of the proverbial “HIPAA violation” when discussing employee medical information. However, one recent federal decision demonstrates that the greater risk for many employers is a violation of the ADA’s confidentiality requirement, that can protect even false information disclosed by an employee to an in-house physician. The second recent decision highlights a critical limitation on the ADA’s broad confidentiality requirement.

The first case arose out of General Dynamics’ decision to terminate the employment of Guillermo Blanco (Blanco) for failing to disclose his Attention Deficit Hyperactivity Disorder (ADHD) when he responded to the company’s post-offer, pre-hire Medical Surveillance History Questionnaire. According to Blanco’s complaint, the in-house physician with whom Blanco discussed his post-employment request for a reasonable accommodation accused Blanco of failing to disclose his ADHD on the medical questionnaire. Blanco further alleged that the in-house physician discussed Blanco’s allegedly false responses to the questionnaire with management in General Dynamics’ Labor Relations Department. Blanco claimed that General Dynamics terminated his employment as a result of the disclosure.

Notably, the case did not involve an alleged HIPAA violation at all. Although in-house physicians are health care providers as defined by the HIPAA Privacy Rule, they are not “covered” health care providers required to comply with the Privacy Rule. Only providers who use HIPAA-mandated electronic codes to bill insurance companies and government welfare programs for services are subject to HIPAA. Because virtually all in-house physicians are paid a salary and do not bill for their services, HIPAA does not apply to them, contrary to common misconceptions of HIPAA’s scope.

The ADA’s confidentiality requirement, by contrast, does apply to in-house physicians. The ADA requires that employers separately file employees’ medical information and maintain it as confidential. The ADA carves out only three narrow exceptions to the confidentiality requirement. Employee medical information may be disclosed to managers to the limited extent necessary for them to accommodate an employee with a disability or otherwise be made aware of work restrictions, to first aid and safety personnel who need to know about a disability that might require emergency treatment, and to government officials responsible for enforcing the ADA.

The court in the General Dynamics case read the ADA’s confidentiality requirement to apply not only to disclosures to third parties outside the company (except in the limited circumstances described above), but also to intra-corporate disclosures. More to the point, if the complaint’s allegations turned out to be true, the in-house physician would have violated the ADA because her disclosure of Blanco’s medical information was not necessary for managers in General Dynamics’ Labor Relations Department to accommodate Blanco or to address a work restriction, and the other two exceptions obviously did not apply.

The General Dynamics decision is particularly remarkable because the court held that the ADA protects even false medical information provided by an applicant or employee to an employer. The court explained its reasoning as follows:

The ADA clearly protects the confidentiality of Mr. Blanco’s response [to the medical questionnaire] if truthful, and the ADA still protects its confidentiality if not. In other words, there is no prevarication exception to the ADA’s confidentiality mandate for employment entrance examinations, much less for information the company doctor perceives is inaccurate. It is the information, accurate or not, that the statute protects.

(emphasis supplied). While the court acknowledged that this ruling could be troublesome for employers, such as General Dynamics, whose employees operate heavy machinery or are exposed to workplace hazards made even riskier by a disability, the court concluded that it was bound to apply the ADA’s plain language and leave the policymaking to Congress.

The second recent decision establishes a critical limitation on what might otherwise seem like a boundless protection in light of the General Dynamics case. In the second case, Thrivent Financial for Lutherans (Thrivent) had hired a temporary IT consultant, named Messier, through Omni Resources (Omni). When Messier, a typically reliable employee, was “no-call, no-show” for work, Thrivent asked Omni for an explanation. Messier’s manager at Omni sent Messier an e-mail asking him to call because he “need[ed] to know what’s going on.” Messier responded with a lengthy e-mail to both his Omni and Thrivent managers, explaining that he had missed work because of a severe migraine and providing them with a lengthy explanation of his medical history related to migraines. The Thrivent manager later disclosed this information to a reference check company hired by Messier who suspected the Thrivent manager of re-disclosing his medical information. The EEOC, taking up Messier’s cause, sued Thrivent for violating the ADA’s confidentiality requirement.

The critical dispute between the parties revolved around whether the ADA protected Messier’s medical information in the first instance. The EEOC took the position that the ADA protects any health information provided by an employee in response to an employer-initiated inquiry, such as the inquiry by the Omni manager into the reason for Messier’s absence. Thrivent responded that the ADA protects only information that an employee is required to provide in response to a permissible medical examination or disability-related inquiry, such as a mandatory post-offer, pre-hire medical examination or a request for medical documentation to support a request for an accommodation. Because Messier had volunteered health information in response to the Omni manager’s generalized inquiry into the reasons for Messier’s absence, the ADA did not apply.

Applying this standard to Omni’s inquiry, the court concluded that the ADA’s protections did not attach to Messier’s medical information because Omni had not asked Messier for medical information and Messier could have been absent from work for a “vast number of reasons” unrelated to his health.

HIPAA was not a factor in this case because information received by an employer in its capacity as employer is not subject to HIPAA’s protections. HIPAA applies only to individually identifiable health information created or received by or on behalf of the employer in its capacity as the administrator of a HIPAA-covered plan. Such plans are limited to group health, dental, vision, long-term care, pharmacy benefits, health care reimbursement flexible spending accounts, and employee assistance programs.

This pair of cases provides important guidance for employers on the boundaries of the ADA’s confidentiality requirement. They also reveal, by negative implication, the relatively narrow boundaries of HIPAA’s privacy protection in the employment context. Employers who have not developed policies and procedures for handling employee medical information not protected by HIPAA should consider doing so to ensure that in-house medical staff, HR professionals and managers understand when the ADA protects employee medical information, how that information may be lawfully used, and to whom it may be lawfully disclosed.