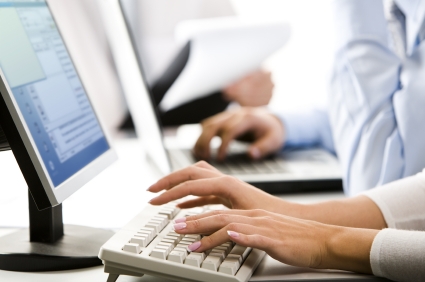 While undoubtedly lawyers are players in every misappropriation and unfair competition lawsuit, they are rarely parties to this type of litigation.  However, with facts that sound like a fictionalized legal thriller, a Texas toxic tort firm has sued its former office manager and a rival law firm for misappropriation of trade secrets, unfair competition, breach of computer security, conspiracy, and breach of fiduciary duty.

Shrader & Associates is a national plaintiffs’ toxic tort firm.  In August 2011, the firm contends that it learned that its office manager had “embezzled substantial funds”–to the tune of $200,000.  According to the lawsuit filed in Texas state court on January 30, 2012 [pdf], the office manager is also under indictment for felony theft.  The petition alleges that the office manager was introduced to a rival law firm’s named partner after her employment with Shrader ended.  The lawsuit further alleges that the office manager explained to the rival firm’s partner that she had experience with asbestos litigation by virtue of her employment with Shrader and she would “teach” the rival firm how to prosecute asbestos cases in exchange for the new firm’s agreement to split the proceeds from prosecution of such cases on a fifty-fifty basis.

The wife of a partner at the rival firm told an attorney at Shrader that she saw files on her husband’s computer that appeared to be the confidential work product of Shrader, including a file named “Shrader & Associates Strategic Marketing Plan,” presentations regarding asbestos cases that appeared to be generated by Shrader, and spreadsheets that appeared to be related to Shrader’s cases and/or clients.  Finally, Shrader contends that these documents, files and other materials contain trial, discovery and settlement strategies that Shrader developed, that the materials gave Shrader a competitive advantage in litigating toxic tort cases, and that the rival firm used this information to begin a joint venture with an Illinois law firm that Shrader previously had worked with.

The petition and application for temporary restraining order did not describe how the documents were received by the rival firm, nor did it state with any level of specificity the documents alleged to have been misappropriated or specifically why the information deserves trade secret protection.  As discovery continues, this information will obviously be ferretted out.

While these types of claims between lawyers and law firms are unusual, there is nothing in Texas law that would preclude the application of case law generally used in determining these matters.  In other words, assuming that Shrader can establish that the presentations, spreadsheets, and other strategic marketing material at issue in the case was a trade secret under Texas law, this case should shake out like a run-of-the-mill unfair competition case; however, most cases of this sort do not involve the type of peculiar facts alleged here.